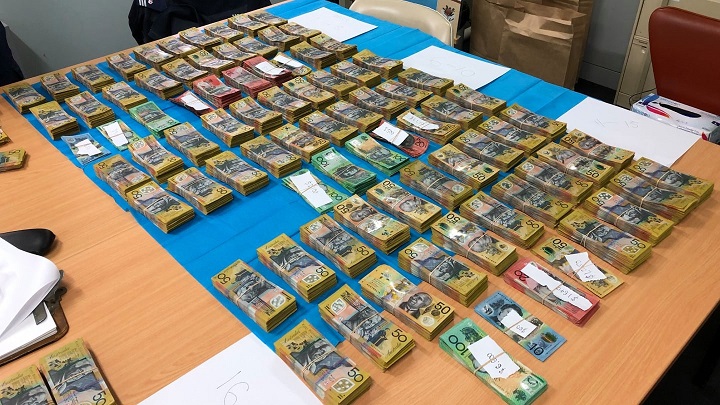 Was KPMG’s global chairman behind a secret plan to control the economy through a ban on cash purchases over $10,000?

The new restriction was an almost perfect fit for the banking-industry paranoia of the Citizens Electoral Council, the local offshoot of the American Lyndon LaRouche organisation, a proponent of the infamous theory that a global Jewish-led cabal controls the world’s banking system.

The party embraced both North and Adams. North’s public profile – he appeared as recently as Sunday on the ABC national news as an economic expert – made him a potent messenger. Adams’ background in Liberal Party politics gave him credibility the CEC didn’t have.

In Australia, Jewish groups have identified the party as a leading anti-Semitic organisation, which it denies. The Australia/Israeli Review described in August how the party operated an intelligence unit in the 1990s that maintained dossiers on Jewish community figures, including Frank Lowy, Richard Pratt, and Isi and Mark Leibler.

“Members of this unit carried out surveillance, taped phone calls, filed reports and, adopting false identities, visited the offices of Jewish community, student and left-wing organisations, and covertly recorded the conversations they had there,” the Review reported.

In 1978 a LaRouche publication asserted: “Adolf Hitler was put into power largely on the initiative of the Rothschilds, Warburgs, and Oppenheimers, among other Jewish and non-Jewish financial interests centred in the City of London.”

Read the article by Aaron Patrick in the Australian Financial Review.