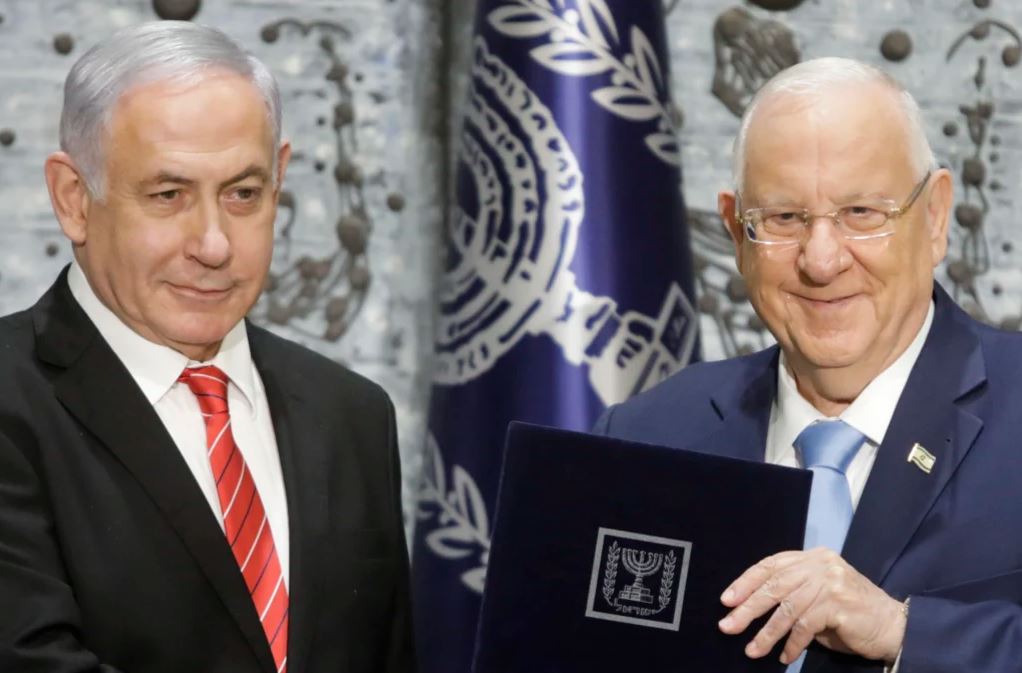 Netanyahu chosen by Israel’s president to try forming next government

Jerusalem: Israeli President Reuven Rivlin has asked Prime Minister Benjamin Netanyahu to try to form a new governing coalition, moving the country into the next phase of its post-election haggling.

“The law gives you, Mr Prime Minister, 28 days, starting tomorrow, to form a government,” Rivlin said as the two stood together at the President’s residence.

Rivlin’s decision to offer Netanyahu the first go at forming a government came on the day that official results from last week’s election were finalised, showing that the Prime Minister’s Likud party had secured one seat fewer in parliament than the rival Blue and White headed by Benny Gantz. Neither of the two main parties is close to a 61-seat majority.

But a plurality of all the newly elected parliament members told Rivlin they preferred Netanyahu, earning him the President’s nod.

“I accept the mission,” said Netanyahu, acknowledging the long struggle he is likely to face in building a majority coalition within Israel’s fractured political system.

“I do this knowing that I don’t have a higher chance of forming a government, but that I have less of an inability than Gantz.”

Netanyahu’s path to forming a governing coalition is lined with hazards. He has pledged to include ultra-Orthodox Jewish factions, and that will likely deter potential secular partners. He has also endorsed sharing power with Blue and White, but Gantz promised during the campaign never to join forces with Likud unless Netanyahu stepped down.

Read the article by Steve Hendrix and Ruth Eglash in The Sydney Morning Herald.