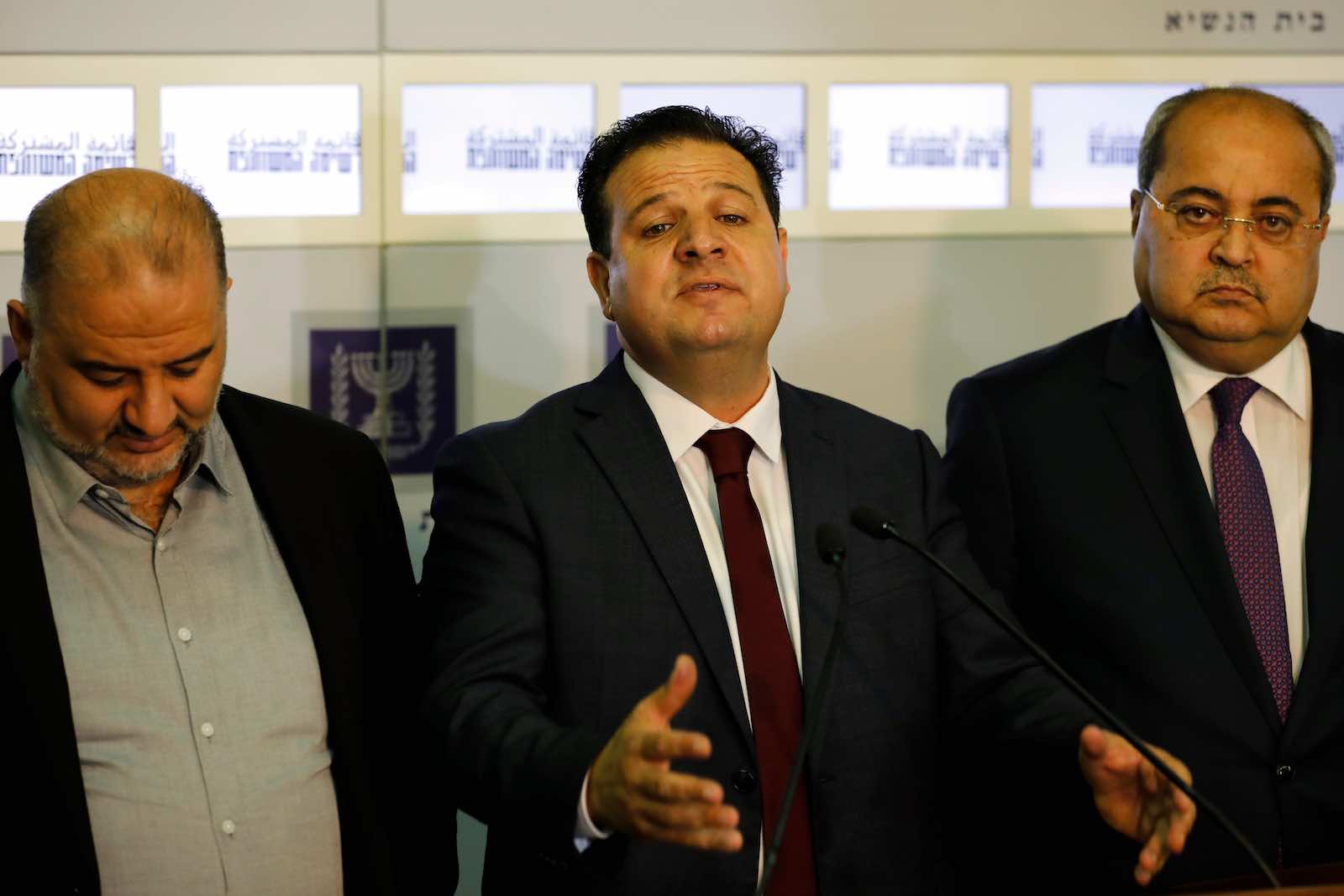 Members of the Joint List Ayman Odeh (C) speaks to the press in the presence of Ahmad Tibi (R) and Mansour Abbas (L) following their consulting meeting with Israeli President, to decide who to task with trying to form a new government, in Jerusalem on September 22, 2019. (Photo by MENAHEM KAHANA / AFP) (Photo credit should read MENAHEM KAHANA/AFP/Getty Images)

Arab Israelis have been slow to realise their potential pivotal role in the nation’s politics. That’s changing.

Members of the Arab List elected to the Israeli Knesset (parliament) at last week’s elections are walking a tightrope. The decision announced by the List’s leader, Ayman Odeh, on 22 September to endorse Benny Gantz, leader of the centrist Blue and White party, as Israel’s next Prime Minister has generated a backlash.

Palestinians that I have contacted have told me that many Palestinians in the West Bank and Gaza, who as non-Israeli citizens could not vote in the elections, are angry over the List’s decision – as are some Arab Israelis (Palestinians living within Israel, who comprise a fifth of Israel’s population).

They argue that endorsing Gantz is equivalent to supporting Zionism (the nationalist movement to create a Jewish homeland in what is now Israel), which has caused the dispossession of the original Palestinian inhabitants. Gantz, as Chief of General Staff of the Israel Defense Forces from 2011 to 2015, oversaw Israeli military operations in Gaza and the West Bank, which he highlighted during the election campaign.

Even one of the four Arab parties that make up the List, Balad (Arabic for “homeland”), has dissociated itself from Odeh’s announcement.

Moreover, the List’s plumping for Gantz has been seized on by Benjamin Netanyahu, who remains caretaker Prime Minister pending formation of a post-election government. Netanyahu commented that Odeh’s decision is “exactly what we’ve been warning of”. This point chimed with his campaign rhetoric, which was peppered with anti-Arab statements, including a comment on his official Facebook page that “Arabs want to annihilate us all – women, children, men”.