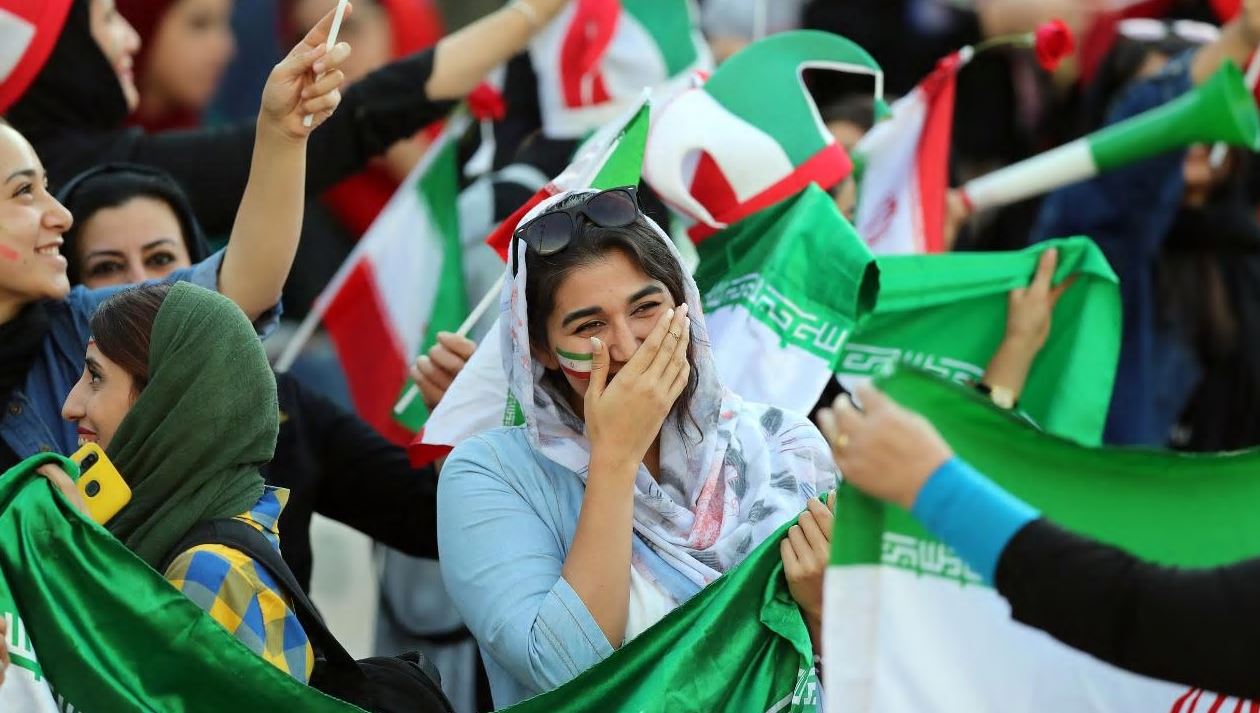 They had to sit well apart from the men, and the stadium was practically empty, but thousands of ­Iranian women in merry jester hats and face paint blew horns and cheered on Thursday at the first FIFA soccer match they were ­allowed to freely attend in decades.

In a victory in a decades-long fight by women in Iran to attend sporting events, they wrapped themselves in the country’s red, green and white and watched with excitement as Iran thrashed Cambodia 14-0 in a 2022 World Cup qualifier at Tehran’s Azadi, or Freedom, Stadium.

“We are so happy that finally we got the chance to go to the ­stadium. It’s an extraordinary feeling,” said Zahra Pashaei, a 29-year-old nurse who has known soccer games only from television. “At least for me, 22 or 23 years of longing and regret lies behind this.”

As one woman shouted from a passing minibus before the match: “We are here, finally!”

So far, Iran’s hardline Islamic theocracy is not willing to go as far as some women would like. Authorities announced they would allow women to attend international soccer matches only.

Women have been banned from many sporting events in Iran since 1981, during the early years of the country’s Islamic Revolution. Iran is the world’s only ­nation still barring women from matches after Saudi Arabia ­recently began admitting women.

Read the article by Amir Vahdat and Mehdi Fattahi in The Australian.