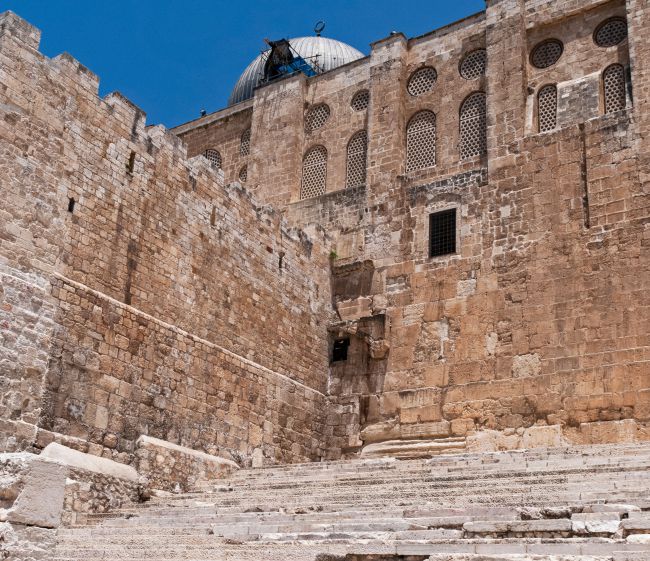 A former grand paved street likely used by Jewish pilgrims as they made their way to the Temple in Jerusalem was built by Pontius Pilate, the Roman governor of Judea who is recorded in the Bible as washing his hands of of Jesus’ death, according to Israeli archaeologists.

The almost 600 metre long and eight metre wide street, known as the Stepped Street, would have connected the Siloam Pool – where pilgrims could bathe and get fresh water – to the Temple Mount. The street, discovered by British archaeologists in 1894, has long been dated broadly to the “Herodian period”.

However, in an article published in Tel Aviv: The Journal of the Institute of Archaeology earlier this month, archaeologists from the Israel Antiquities Authority have concluded that the street was built during the middle of the first period of direct Roman rule between 30 and 40 AD, specifically during Pilate’s tenure.

The authors of the article write that while depictions of Pilate in historial sources “are quite negative”, “if one looks at Pilate’s actions through the eyes of the Roman Empire, he may emerge as an active, albeit heavy-handed, prefect who worked towards glorifying Jerusalem through public building projects borrowed from the Roman world, such as the construction of an aqueduct that brought water to the city from springs in the Hebron Hills”.