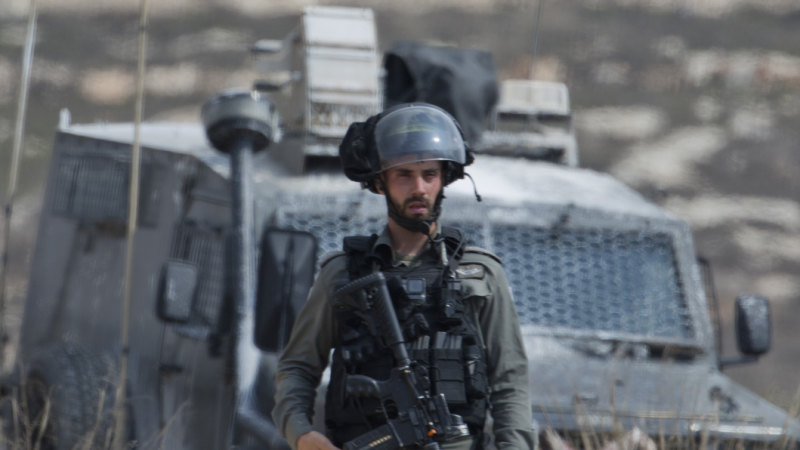 Video emerges of Israeli policewoman accused of shooting Palestinian in back

Jerusalem: Israel’s Justice Ministry said on Sunday it will soon decide whether to file charges against a former policewoman who allegedly shot an unarmed Palestinian man in the back with a sponge-tipped bullet, following possible new video evidence.

The case has drawn new attention to frequent but hard-to-prove Palestinians claims that Israeli security forces use excessive or unnecessary force against them.

Israel’s Channel 13 TV station broadcast on the weekend what it said was a newly obtained video of last year’s incident, in which the young Palestinian was stopped outside Jerusalem as he tried to enter Israel.

In the video, the Palestinian, holding a backpack, is seen standing in front of Israeli border police forces and told to leave. “Get out of here!” a woman screams at him.

He turns around and walks away with his hands in the air, as the forces continue to shout at him to leave. A male voice tells him to lower his hands and “walk normally,” while the female voice yells at him to “run already”.

Nearly 20 seconds after being sent away, the man is shot in the back from a long distance, screaming in pain as he crumples to the ground. The Israeli security forces are not visible when the shot is fired.

Read the report by Josef Federman in The Sydney Morning Herald and the Brisbane Times.