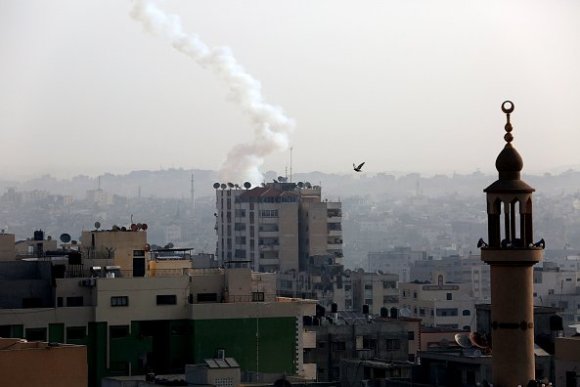 Rockets and retaliation in Gaza

Clashes between Israel’s military and militant groups in Gaza – as happened this week – can seem depressingly familiar.

One side or the other triggers fighting in which the militants fire rockets and Israel responds with airstrikes.

Buildings are destroyed and people die.

After a few days of fighting a ceasefire is brokered, which lets Israelis return to their comfortable lives and Gazans to a much more difficult existence under blockade.

Listen to the report by Eric Tlozek on ABC Sunday Extra.