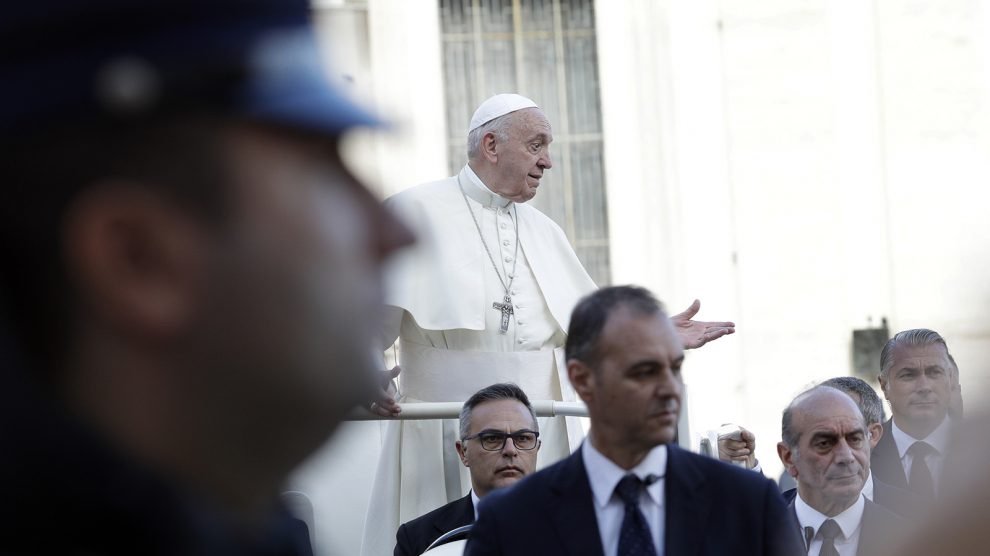 A day after the US Catholic bishops declared the fight against abortion their most urgent priority at their fall meeting in Baltimore, prioritizing it over protection of the environment, Pope Francis set the record straight in a scathing speech at the Vatican on Friday in which he condemned “ecological sins”.

Speaking to a gathering of prosecutors and criminologists, the Pope called for more accountability for international corporations that damage nations, people and the environment.

“One frequent omission of penal law is the insufficient attention the crimes of the powerful receive, especially the large-scale delinquency of corporations,” he told participants of the 20th World Congress of the International Association of Penal Law, a network of experts in penal law and criminology with more than 3,000 members.

In his speech, Francis condemned global corporations that are responsible for “countries’ over-indebtedness and the plunder of our planet’s natural resources”. He said that their activities have the “gravity of crimes against humanity,” especially when they lead to hunger, poverty and the eradication of Indigenous peoples.

Such acts of “ecocide” must not go unpunished, said the Pope, who in October concluded a synod of bishops to discuss the Amazon region and the safeguarding of the environment.

“We must introduce, [the synod’s bishops] were thinking, in the catechism of the Catholic Church, the sin against ecology, against our common home, because it is our duty,” Francis said in an off-the-cuff remark.

Coming shortly after the gathering of the US episcopal conference, where the American bishops tackled a wide range of issues, from abortion to immigration to the environment, but made abortion the “preeminent priority” of their work, the Pope’s speech was heard in some quarters as a rebuke.

Read the article by Claire Giangravé in Sight Magazine.