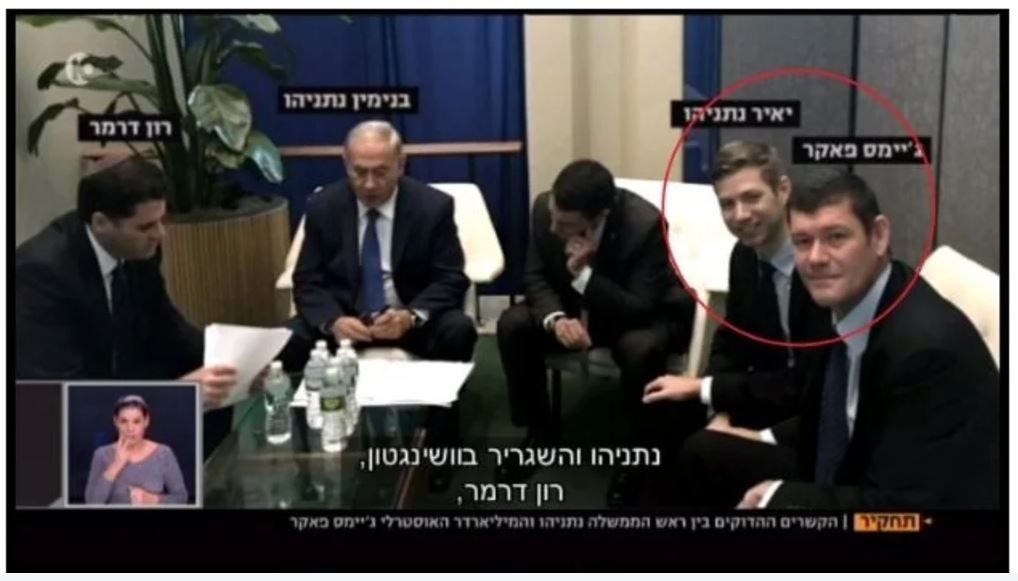 The specific charges of fraud and breach of trust are dubbed Case 1000, an investigation first flagged almost two years ago and one of several covered in the indictment.

A spokesperson Packer, the former Crown Resorts chairman, told The Sydney Morning Herald The Age on Friday that “Packer had been interviewed as a witness in the case and is not accused of any wrongdoing.”

Case 1000 alleges Netanyahu received “a supply line of gifts” from Packer and Milchan in exchange for favours over the course of 10 years.

The charges for Netanyahu come as he and rival Benny Gantz have both failed to form governing majorities in Israel’s fractured parliament, despite a second election having been held this year to break the deadlock. It now looks likely the country will once again head to the polls.

Prosecutors allege Milchan, an expatriate Israeli, along with Packer, sent the equivalent of $300,000 worth of gifts to the Prime Minister’s residence in Jerusalem. In return, it is alleged Netanyahu had promoted tax legislation that could benefit Milchan.

The gifts from Packer to Netanyahu included champagne, tickets to a Mariah Carey concert (whom Packer was dating at the time) cigars and accommodation for Netanyahu’s son, Yair, at Packer-owned luxury properties.

Read the article in the Brisbane Times (with The Washington Post, Bloomberg ).