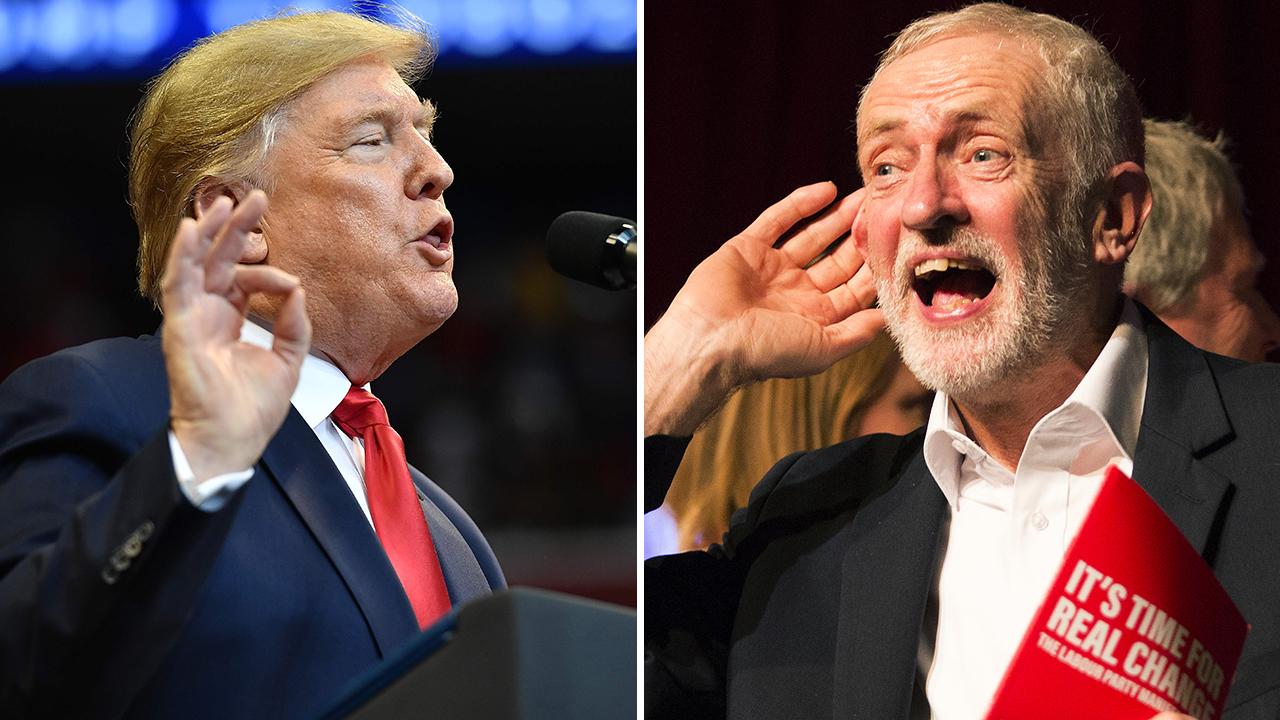 Jeremy Corbyn a ‘nightmare scenario’ for Britain’s relationship with Washington

If Jeremy Corbyn finds himself in Downing Street in two weeks, friends in Washington will be hard to come by.

Concerns about his perceived anti-Americanism, anti-Israeli sentiment, anti-Semitism and tendency to sympathise with some of America’s most implacable ­enemies — from Hezbollah and Hamas to the Maduro regime in Venezuela — are causing deep anxiety in foreign policy circles.

There is particular concern among hawks about the NATO ­alliance and intelligence-sharing, on which Donald Trump has already said he would reserve judgment if Corbyn came to power.

On Capitol Hill in Washington, politicians are loath to interfere by commenting publicly on the election, but anxious, private conversations about Corbyn are being had at the highest levels. “The election kind of crept up on the Hill, but now it’s a regular subject of conversation,” a senior Republican staffer said.

“We can’t trust Corbyn not to give away everything we plan and say, including unclassified but sensitive diplomatic calculations. So the question is what does that look like: from scaling back intelligence-sharing to no longer engaging (British) diplomats in any meaningful way.”

Another Republican congressional aide said: “If you’re asking if a UK government led by an anti-Semite who makes common cause with the enemies of the West would lead to concerns about intelligence-sharing and ­defence co-operation, then the ­answer is yes, of course.

Read the article by Josh Glancy and Caroline Wheeler in The Australian (from The Times).