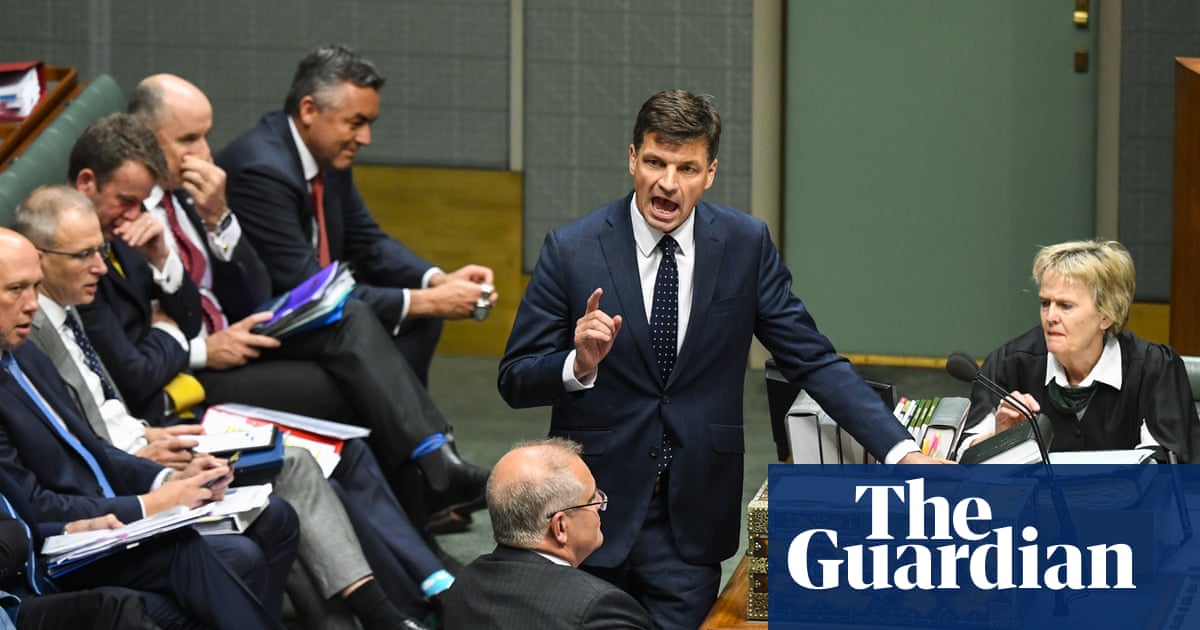 US author ‘taken aback’ as minister doubles down on claim he met her at Oxford and shrugs off her request for Hansard correction.

Angus Taylor has doubled down on his assertion he saw and met the American author Naomi Wolf during his time at Oxford University, while demanding she apologise for accusing him of antisemitism.

In a rowdy and rancorous final question time for 2019, the embattled minister for emissions reduction shrugged off a request from Wolf that he formally correct the Hansard record of his first speech, where he recalled the author living “a couple of doors down the corridor” at Oxford in 1991, and also recounted an anecdote about graduate students, mostly from the north-east of America, “deciding we should abandon the Christmas tree in the common room because some people might be offended”.

Wolf insists she did not live at Oxford in 1991, and was not part of any move by students to cancel Christmas. The author contacted Taylor’s office on Wednesday night in an effort to extract a correction.

On Thursday she expressed astonishment that Taylor had demanded an apology from her. “I have to say I’m quite taken aback by what you’re telling me,” Wolf told the ABC on Thursday. “I think it’s very inappropriate, and very wrong.”

Read the article by Katharine Murphy in The Guardian.