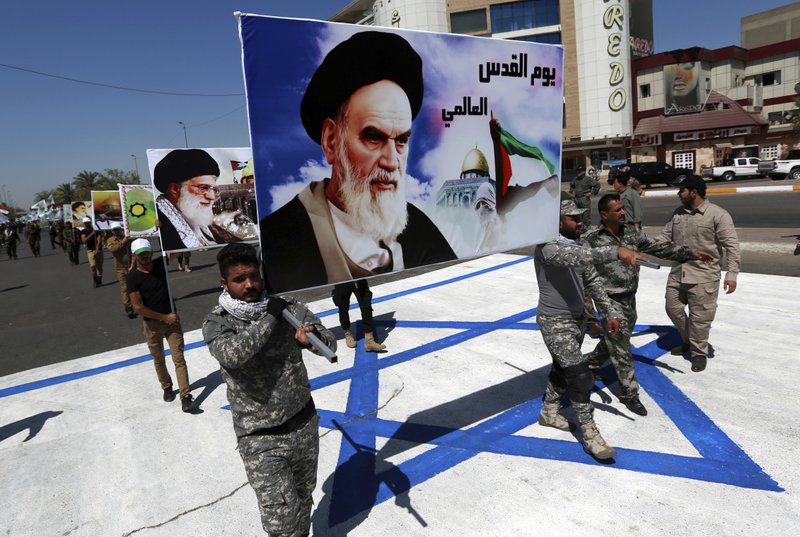 The first US airstrikes in almost a decade targeted directly at Iranian proxy forces fighting in Iraq and Syria need to deter Tehran’s ayatollahs from persisting with their malign export of terrorism and subversion across the Middle East. Not since Barack Obama’s ill-judged, premature withdrawal of US troops from Iraq in 2011 has Washington sent warplanes to attack Iranian proxies. Donald Trump’s long overdue decision to do so deserves strong international backing.

US F-15E fighters struck five major bases used by Kataeb Hezbollah, the proxy arm of Iranian general Qasem Soleimani’s notorious Quds Force, the main vehicle for Tehran’s state-sponsored terrorist activities. Three of the bases were in Iraq, two in Syria. The Pentagon was responding to 11 rocket attacks in two months on bases where US soldiers were present, including a Kataeb Hezbollah onslaught on an Iraqi base near Kirkuk in which a US contractor was killed and US soldiers were wounded.

In June, Mr Trump stunned even his own advisers when he ordered, then cancelled at the last minute, a retaliatory strike against Iran after Tehran shot down a US surveillance drone over the strategically vital Strait of Hormuz. He also caused surprise when he considered acting, then declined to do so, after Iran’s September attack — purportedly launched by Tehran’s Houthi proxies in Yemen — that seriously damaged two of Saudi Arabia’s biggest oil installations, disrupting world supplies. Iran has also blatantly attacked oil tankers in the Strait of Hormuz.