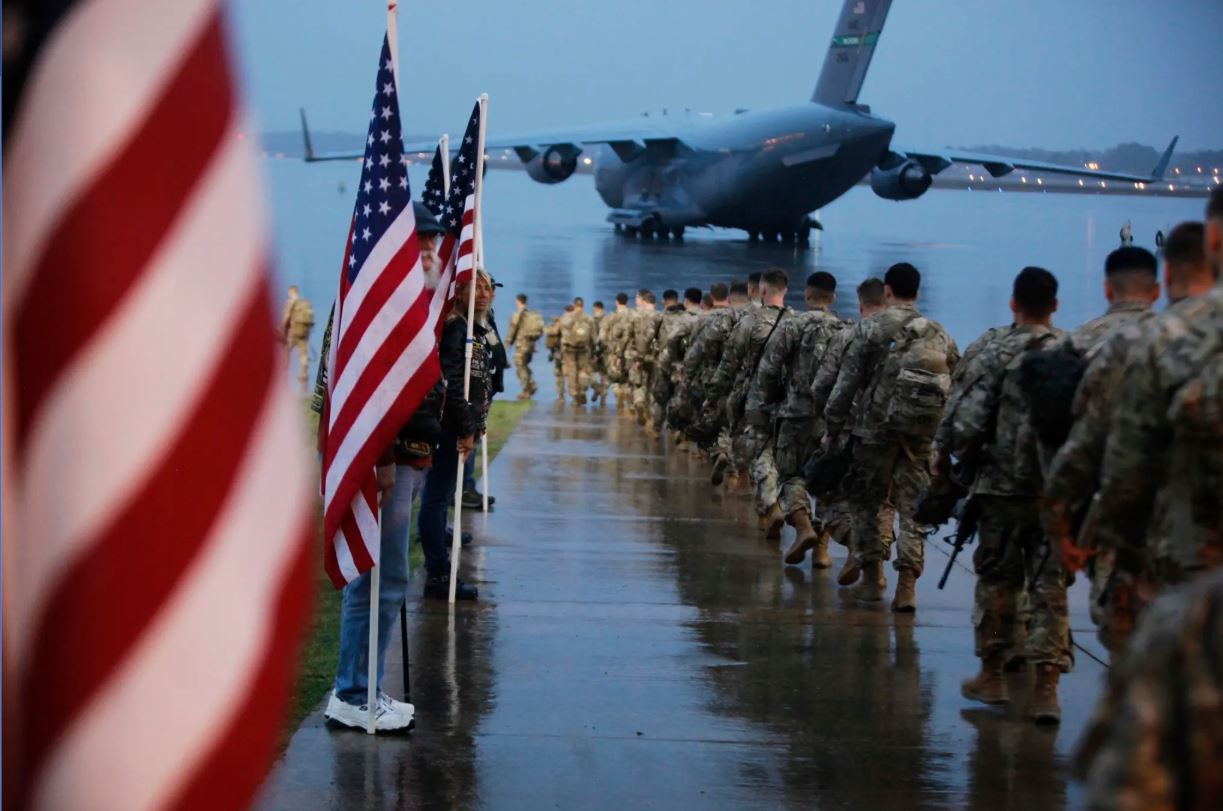 With hours’ notice, US fast-response force flies to Middle East

Fort Bragg: Hundreds of US soldiers deployed Saturday from Fort Bragg, North Carolina, to Kuwait to serve as reinforcements in the Middle East amid rising tensions following the US killing of a top Iranian general.

Lieutenant Colonel Mike Burns, a spokesman for the 82nd Airborne Division, told The Associated Press 3500 members of the division’s quick-deployment brigade, known officially as its Immediate Response Force, will have deployed within a few days. The most recent group of service members to deploy will join about 700 who left earlier in the week, Burns said.

The additional troop deployments reflect concerns about potential Iranian retaliatory action in the volatile aftermath of Friday’s drone strike that killed General Qassem Soleimani, the head of Iran’s elite Quds Force who has been blamed for attacks on US troops and American allies going back decades.

President Donald Trump ordered the airstrike near Baghdad’s international airport. Iran has vowed retribution, raising fears of an all-out war, but it’s unclear how or when a response might come.

Reporters weren’t able to interview the soldiers leaving Fort Bragg on Saturday, but an airman loading one of the cargo planes told an Army cameraman he was making New Year’s plans when he got a call to help load up the soldiers, according to video footage released by the military.

“We’re responsible for loading the cargo. Almost our whole squadron got alerted. Like a bunch of planes are coming over here,” the unnamed airman said. “I was getting ready to go out for New Year’s when they called me.”

Read the article by Sarah Blake Morgan and Jonathan Drew in The Age.