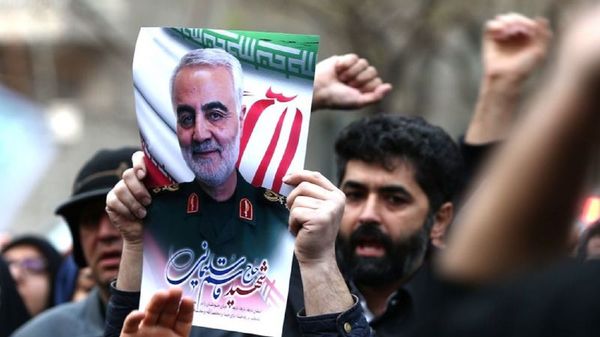 World braces for Iranian retaliation to US assassination of Soleimani

Iran has warned the United States that it should expect “harsh retaliation” for the US air strike that assassinated the Iranian general Qassem Soleimani, the head of Iran’s elite Quds Force at Baghdad airport on Friday.

Major-General Soleimani and several officials from Iraqi militias backed by Tehran were killed when an American MQ-9 Reaper drone fired missiles into a convoy that was leaving the airport.

Supreme Leader Ayatollah Ali Khamenei described Soleimani as “the international face of resistance” to terrorism in a statement on Iranian state TV and declared three days of public mourning.

The Iranian Foreign Minister Javad Zarif described the American attack as “act of international terrorism” and a “dangerous and a foolish escalation”.

“The US bears responsibility for all consequences of its rogue adventurism,” he wrote via Twitter.

In a statement the Pentagon described the attack as a “decisive defensive action” taken at the direction of US President Donald Trump designed to protect US personnel from attacks planned by the general.

“He had orchestrated attacks on coalition bases in Iraq over the last several months – including the attack on December 27 – culminating in the death and wounding of additional American and Iraqi personnel.”

Read the article by Nick O’Malley in The Sydney Morning Herald.