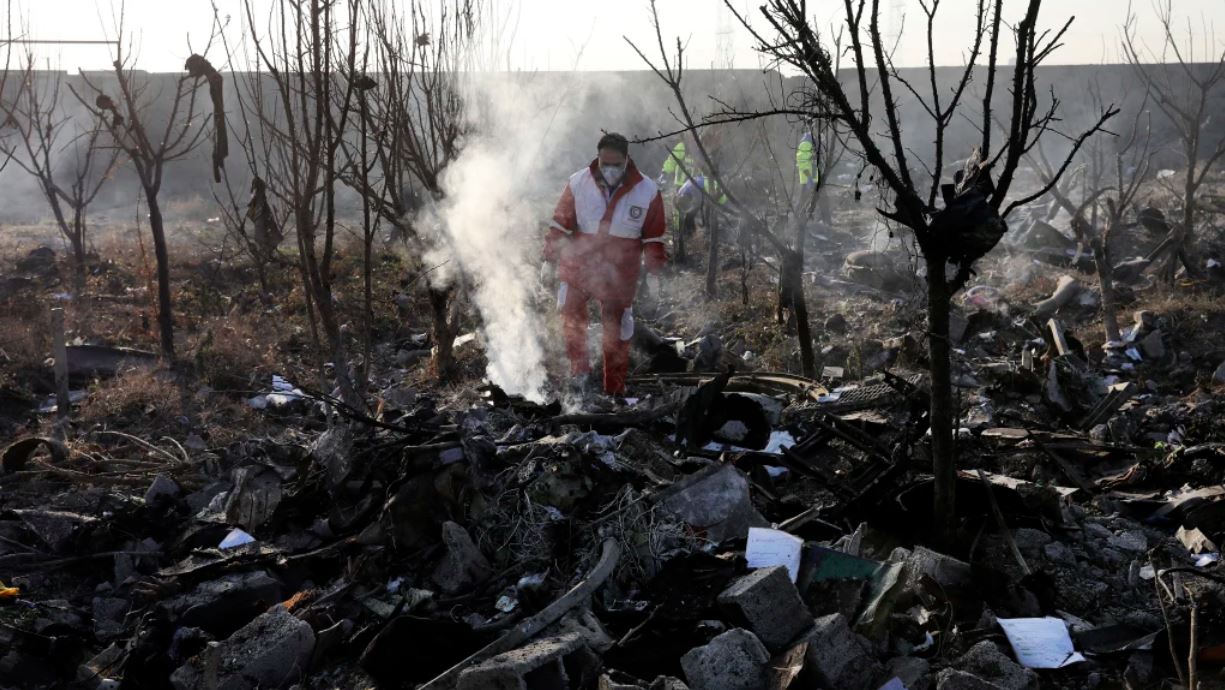 London: Ukraine says it is investigating whether a packed passenger plane that crashed shortly after take-off in Iran was shot down by a missile or hit by a bomb, casting further doubt over previous claims the aircraft experienced mechanical difficulties.

The fiery Ukraine International Airlines crash killed 176 passengers and crew on Wednesday – just as the region was gripped by a heightened state of alert over Iran’s decision to launch ballistic missiles on military bases in Iraq housing US troops.

Canadian Prime Minister Justin Trudeau says 138 of the passengers on a Ukrainian jet that crashed in Iran killing all on board were connecting to Canada and offers his deepest condolences on behalf of the nation.

Officials from Iran and Ukraine quickly downplayed fears that the disaster – which killed everyone on board – was connected to the tensions, but Kiev later withdrew its assurances that mechanical error was to blame.

The secretary of Ukraine’s national security council, Oleksiy Danylov, has now told Ukrainian media that investigators want to search for the possible debris of a Russian missile at the crash site near Tehran’s main airport, but offered no evidence to support that line of inquiry other than citing “information” on the internet.

He said the other causes for the crash might be a bomb or catastrophic engine explosion.

Malaysia Airlines flight MH17 was shot down over Ukraine by a Russian-made Buk surface-to-air missile in 2014, killing all 298 passengers and crew members, including 38 Australian citizens and residents.

Asked at a briefing in Kiev if the Iran flight could have been downed by a missile, Ukraine’s Prime Minister Oleksiy Honcharuk cautioned against speculation until an investigation was finished.

Read the article by Bevan Shields in The Sydney Morning Herald.