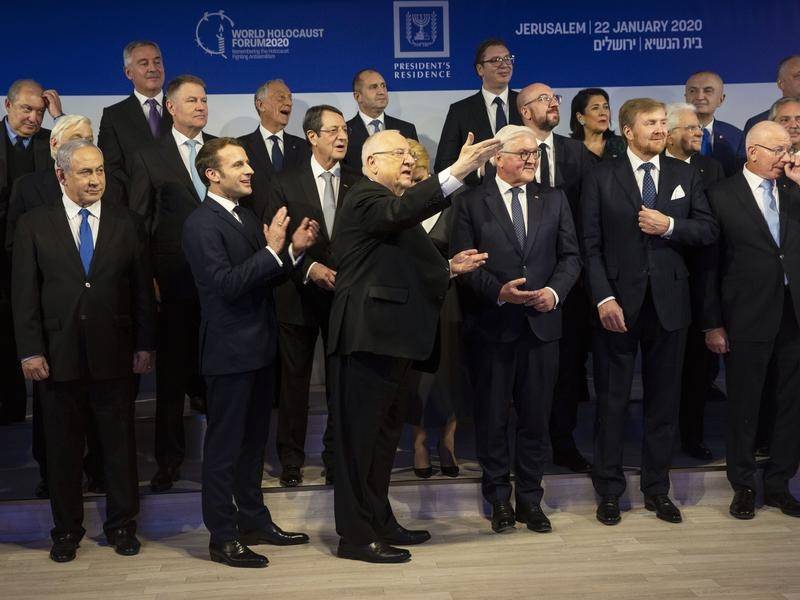 Dozens of world leaders have descended upon Jerusalem for the largest-ever gathering focused on commemorating the Holocaust and combating modern-day anti-Semitism.

Russian President Vladimir Putin, French President Emmanuel Macron, Britain’s Prince Charles, Vice President Mike Pence and the presidents of Germany, Italy and Austria were among the more than 40 dignitaries attending the World Holocaust Forum, which coincides with the 75th anniversary of the liberation of the Auschwitz death camp.

The three-hour-long event at Jerusalem’s Yad Vashem Holocaust memorial on Thursday – called “Remembering the Holocaust: Fighting Antisemitism” – looks to project a united front in commemorating the genocide of European Jewry amid a global spike in anti-Jewish violence in the continent and around the world.

But the unresolved remnants of World War II’s politics have permeated the solemn assembly over the differing historical narratives of various players.

Poland’s president, who’s been criticised for his own wartime revisionism, has boycotted the gathering since he wasn’t invited to speak while Putin was granted a central role even as he leads a campaign to play down the Soviet Union’s pre-war pact with the Nazis and shift responsibility for the war’s outbreak on Poland, which was invaded in 1939 to start the fighting.

On the eve of the gathering, Israeli President Reuven Rivlin implored world leaders assembled for a dinner at his official residence to “leave history for the historians”.

Read the report by Aron Heller in the Moree Champion, The Australian and The Canberra Times.