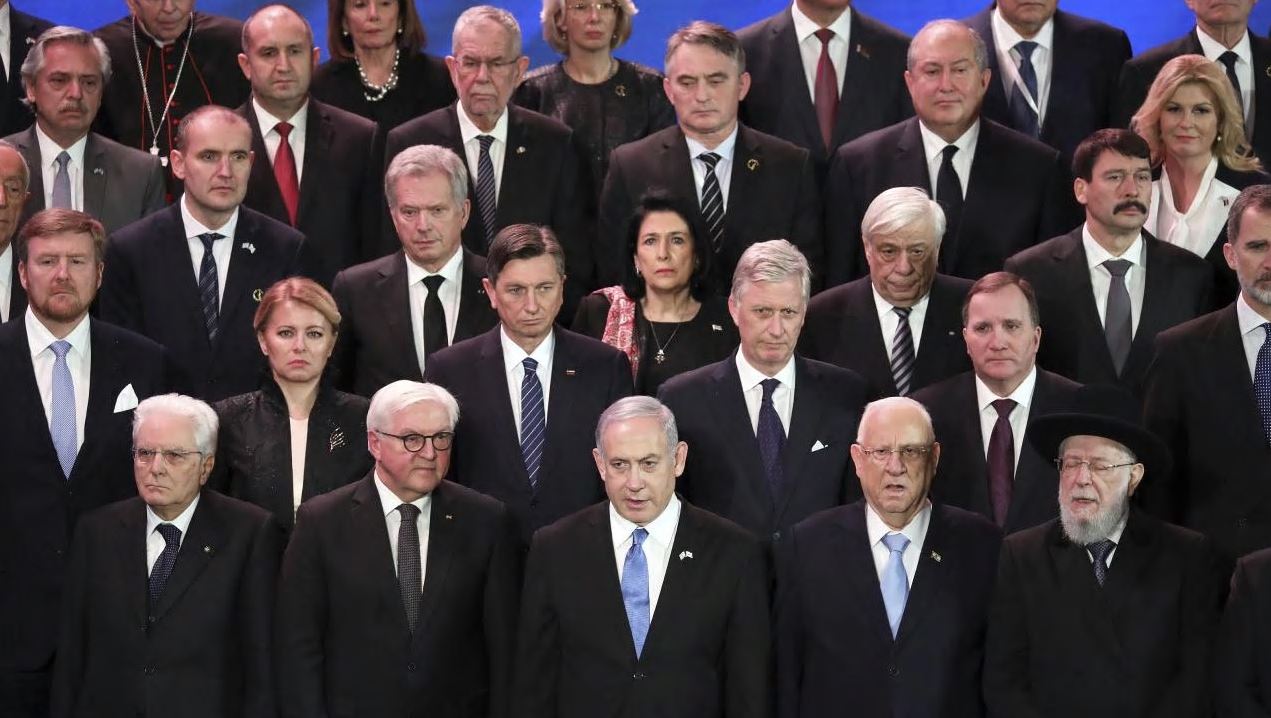 Israel and the US have called for action against Iran, comparing it with the threat once posed by Nazi Germany, as world leaders marked 75 years since the liberation of Auschwitz.

“There will not be another Holocaust,” Israeli Prime Minister Benjamin Netanyahu told the Jerusalem gathering of more than 40 heads of state and government on Thursday night (Friday AEDT), slamming what he called “the ­tyrants of Tehran”.

He lamented that “we have yet to see a unified and resolute stance against the most anti-Semitic ­regime on the planet, a regime that openly seeks to develop nuclear weapons and annihilate the one and only Jewish state”.

In a similar vein, US Vice-President Mike Pence urged the international community to “stand strong” against Iran, calling it the sole country where Holocaust ­denial is “state policy”.

Tehran denies it is trying to produce a nuclear bomb and rejects accusations of anti-Semitism, insisting that while it opposes the Jewish state and supports the Palestinian cause, it has no problem with Jewish people — including its own Jewish minority.

Mr Pence and other leaders from dozens of countries were at the Yad Vashem Holocaust memorial centre for the biggest inter­national diplomatic gathering ever held in Israel to remember the liberation of Auschwitz.

Russian President Vladimir Putin told the meeting that the victors of World War II, which became the five permanent UN Security Council members, “hold a special responsibility to save civilisation”. Mr Putin, who has promoted Russia as a global powerbroker, proposed a 2020 summit of those countries’ leaders to “defend peace” in the face of ­global instability.

It was Russia’s Red Army that liberated Auschwitz on January 27, 1945, but the Jerusalem gathering has aggravated a heated debate between Moscow and Warsaw over wartime history.