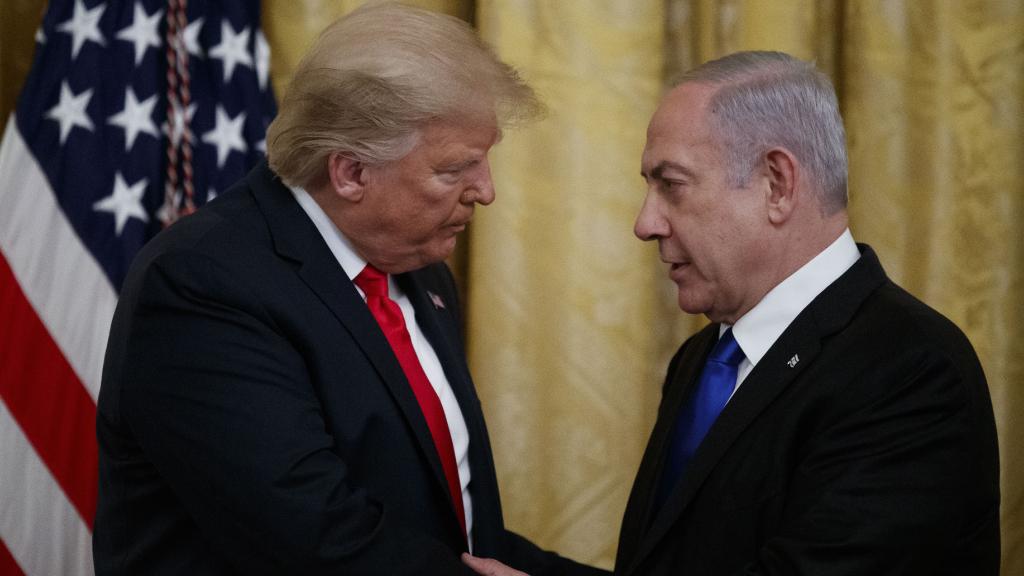 Donald Trump has touted his new Middle East peace plan as “the deal of the century”.

The 80-page “Vision for Peace, Prosperity and a Brighter Future” plan reveals his strategy for resolving the Israel-Palestine conflict.

Mr Trump described it as the “last opportunity” for Palestine, deeming it a “win-win opportunity for both sides”.

But not everyone sees it that way.

Under the new plan, Jerusalem will remain as the capital of Israel, and the United States will recognise Israeli settlements in the occupied West Bank.

In other words, Israel keeps the vast majority of Jerusalem as its sovereign capital, and Palestinians get no right of return.

Instead, a future state of Palestine would get a few neighbourhoods in far eastern Jerusalem.

The 1948 war saw 700,000 Palestinians uprooted from their homes, creating a still-ongoing refugee crisis.

Today there are more than seven million Palestinian refugees, but Israelis refuse to consider including their right to return in any final status deal. Mr Trump’s new plan essentially supports this.

His proposal also redraws the borders to basically give Israel more land in the West Bank, a relatively tiny part of land occupied by Palestine.

He also promised heavy international economic investment in Palestinian-administered areas, claiming the plan would create a million new Palestinian jobs, halve poverty and could triple the state’s GDP over the next decade.

This is based on the hope that wealthy Arab nations contribute to a prospective $US50 billion purse to fuel construction and economic growth in the West Bank and Gaza Strip.

Read the article in The Daily Telegraph and the Gold Coast Bulletin (with Reuters).