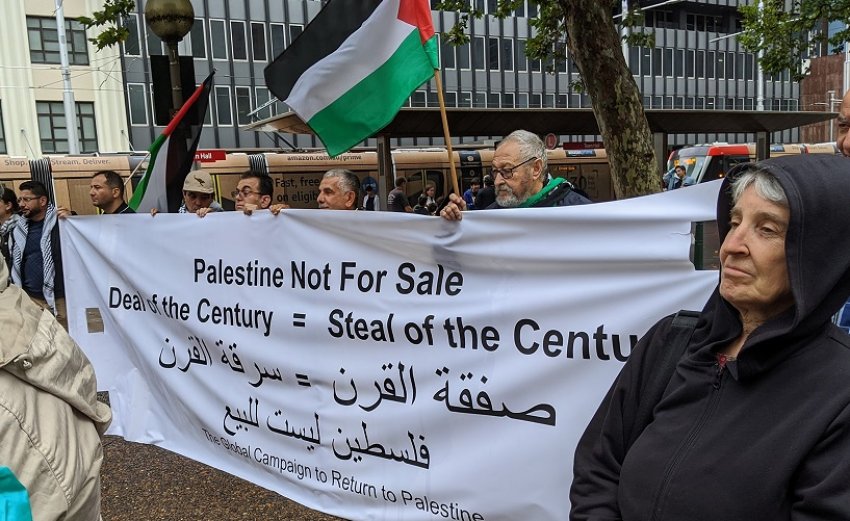 Supporters of justice for Palestine made their views on United States President Donald Trump’s “deal” on Palestine and Israel known at a February 7 protest by holding up a large banner that read: “Palestine Not for Sale: Deal of the Century = Steal of the Century!”.

According to the Palestine Action Group, which organised the rally, the Palestinian people reject Trump’s “deal”.

In a leaflet handed out on the day, the group said: “Trump’s so-called deal is a huge attack on Palestinian rights. It gives the green light to Israel to annex large parts of the West Bank, and the entirety of Jerusalem.

“Under this plan, Palestinians would have no control over their borders or airspace, no sovereignty, and no right to defence. It is a blueprint for ethnic cleansing of Palestinians.”

Protesters called on the Australian government to reverse its announced support for the deal.

“We will continue our resistance until we win our freedom. The Palestinian people urgently need our solidarity now.”

Vivienne Porzsolt, speaking on behalf of the anti-Zionist group Jews Against the Occupation, said the plan is a “calculated insult” to the Palestinian people.

Read the article by Jim McIlroy in Green Left Weekly.