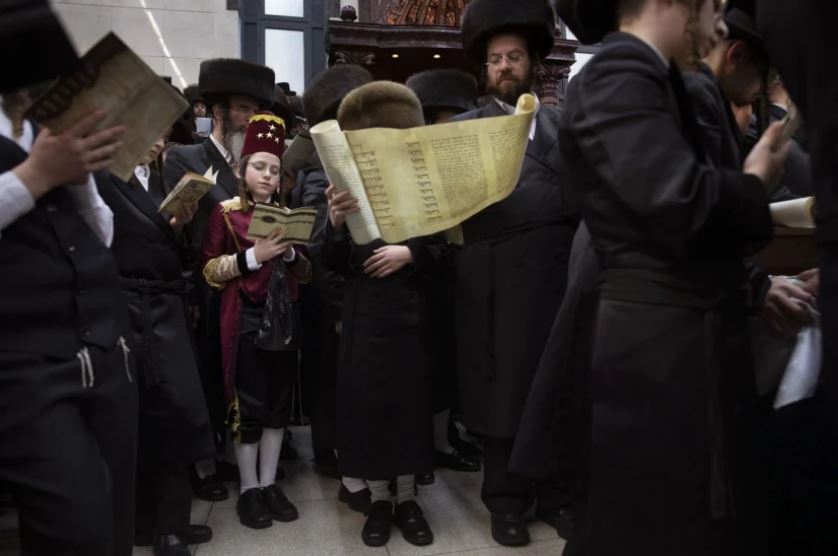 Gallery: The best photos from around the world

The best photos from the international wire agencies as chosen by our picture editors.

Jewish Ultra-Orthodox men and children, some wearing costumes read the Book of Esther, which tells the story of the Jewish festival of Purim, at a synagogue in Bnei Brak, Israel. The Jewish holiday of Purim commemorates the Jews’ salvation from genocide in ancient Persia, as recounted in the Book of Esther. (AP)