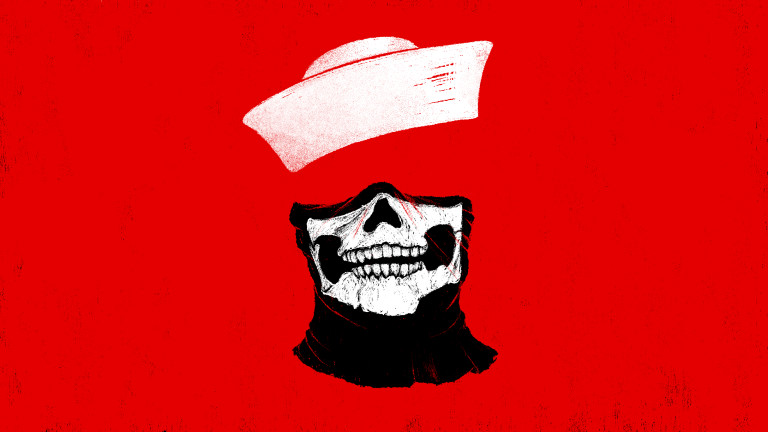 Hate forums and social media platforms have likely made it easier for atomized white supremacists and neo-Nazis to find like-minded individuals, laying the base for a resurgence in far-right organising and violence. But that’s come with a price: a lengthy online trail that makes it difficult to stay anonymous. Leaks and loose tongues can let slip information that can be paired with open-source intelligence data from publicly available sources, like social media profiles and web accounts operated under real names, public records, and archived websites.

At the centre of a recent leak is the neo-Nazi organisation Atomwaffen Division, a violent group whose leader, John Cameron Denton, was arrested last month in Montgomery, Texas, for plotting to intimidate journalists by duping armed police into arriving at their homes, according to the U.S. Justice Department.

Denton, who goes by the online handle “Rape,” and co-conspirators allegedly made at least three swatting calls from November 2018 to January 2019 targeting Old Dominion University, the historically black Alfred Street Baptist Church, and an unnamed Cabinet official, according to an FBI affidavit. Denton was also allegedly involved in the swatting of a ProPublica reporter involved in investigating the group as well as the publication’s office, while another reputed Atomwaffen leader, Kaleb Cole, was arrested for allegedly conspiring to send threatening fliers to reporters. Neither Denton nor Cole appear to have so far entered formal pleas in their case.

Years before Denton’s arrest, Gizmodo has learned, he appears to have been introduced to Atomwaffen by David Cole Tarkington, a prolific Atomwaffen recruiter who is now a sailor in the U.S. Navy.

Read the article by Tom McKay and Dhruv Mehrotra in Gizmodo.