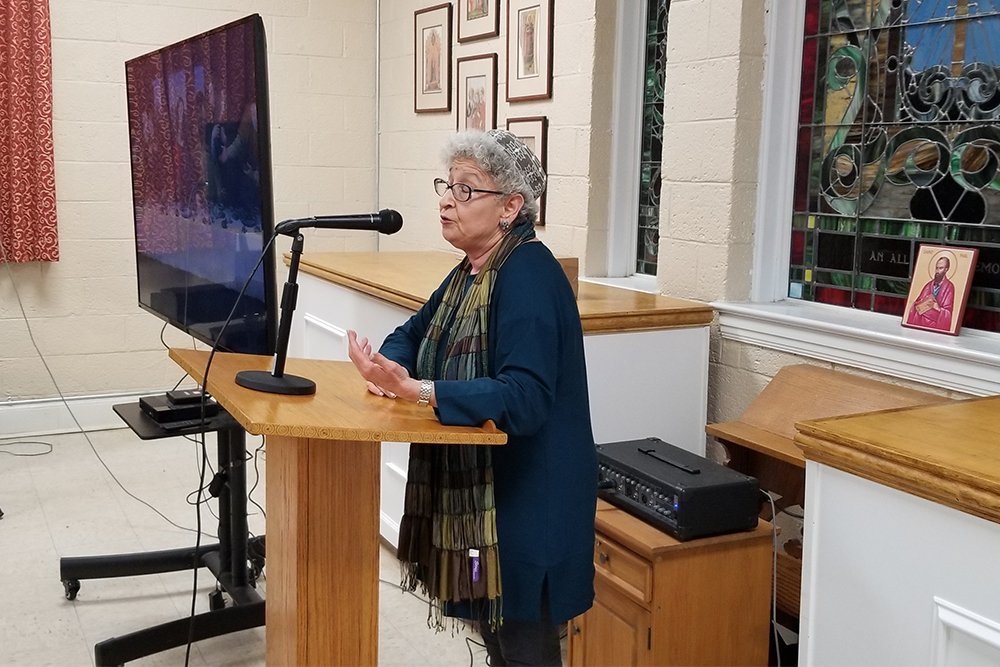 In this US Episcopal church, the co-leader of the Lenten study is a rabbi

Rabbi Raachel Jurovics is no stranger to St Paul’s Episcopal Church in Smithfield, North Carolina.  In past years its rector, Rev Jim Melnyk, has invited her to explain to his congregation the Jewish concept of tikkun olam, or repairing the world, and to share the Jewish understanding of Shabbat. On one visit she spoke from the pulpit.

But lately Jurovics has been visiting in her official role, as rabbi-in-residence of the Episcopal Diocese of North Carolina. She and Melnyk are co-leading a weekly Lenten study that examines Jesus’ entrance into Jerusalem, his arrest, crucifixion and resurrection, bringing her perspective to a narrative that sometimes portrays the Jewish authorities as avid for the Christian messiah’s death.

Jurovics’ is one of a handful of such positions in the Episcopal Church as the 1.9 million-member denomination has become more open to interfaith exploration. Rabbis in residence have popped up in the Diocese of Western Massachusetts and at Christ Church Cathedral, the seat of the Diocese of Southern Ohio. The trend is part of an increasing recognition among Christians that their faith springs from Jewish origins and that the Christians and Jews are not in conflict or competition but are complementary.

Jurovics’ role is not yet defined, but, working with the diocesan bishop, Samuel Rodman, and his suffragan, or assistant, bishop, she expects to help develop retreats with clergy and lay leaders and to engage congregations in conversation about the relationship between Judaism and Christianity.

“We have a commitment to lifelong Christian spiritual formation,” said Rodman, whose diocese covers 120 congregations in the middle of the state. “A big piece of that is understanding the tradition out of which we grew and respecting that and learning the gifts of the Jewish tradition – their spirituality, their wisdom, their worship and that they are brothers and sisters.”

Jurovics, who is 74 and recently retired as rabbi of Yavneh, a Jewish Renewal synagogue in Raleigh, accepted the position on a volunteer basis. But it is in many ways the culmination of her lifelong commitment to what she calls “deep ecumenism”.

For more than 40 years as rabbi and as spiritual director she has been working to strengthen interfaith ties. Her friendship with Melnyk began in 2001 when the two helped plan a healing service after the 9/11 terrorist attacks. Later her Jewish congregation shared a Raleigh church that Melnyk and his wife, also a priest, then led.