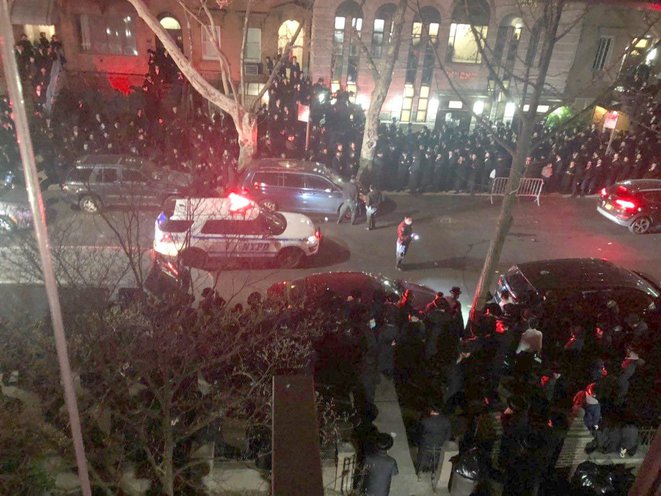 New York: New York City Mayor Bill de Blasio oversaw the dispersal of a large, tightly packed Hasidic Jewish funeral and lashed out at the mourners who had gathered in defiance of social distancing rules intended to curb the spread of the coronavirus.

“My message to the Jewish community, and all communities, is this simple: the time for warnings has passed,” de Blasio tweeted on Tuesday after police dispersed the funeral in the Williamsburg section of Brooklyn.

In another tweet, de Blasio said: “Something absolutely unacceptable happened in Williamsburg tonite [sic]: a large funeral gathering in the middle of this pandemic.”

He said he went there to ensure that the crowd was broken up and added: “What I saw WILL NOT be tolerated so long as we are fighting the Coronavirus.”

Images posted on social media show hundreds of people on the street for what was reportedly a funeral for a rabbi who had died of COVID-19, the disease caused by the coronavirus. Some but not all of the mourners wore face coverings.

A police spokesman said on Wednesday that the crowd was dispersed without arrests.

Critics accused de Blasio of singling out the Orthodox Jewish community for censure when others have violated social distancing rules as well.

Read the article in The Age and WA Today (AP).