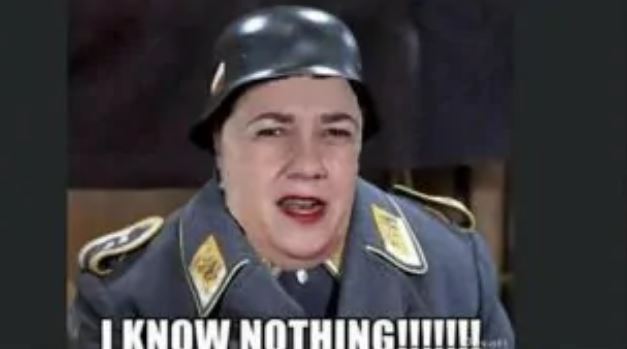 A Queensland MP has apologised after sharing an image of Premier Annastacia Palaszczuk – whose family was the victim of Nazi labour camps – which likened her to a Nazi television character.

A FEDERAL MP has apologised for a sharing a crude image that likened Annastacia Palaszczuk to a Nazi television chracter.

It was an image of television character Nazi Sergeant Schultz from 1960 and ‘70s comedy television series Hogan’s Heroes.

The image, which Mr Laming stressed he did not create, was shared with comments criticizing the State Government’s Covid-19 response including the decision to keep schools partially closed and its interest in purchasing airline Virgin Australia.

The image contained the caption “I know nothing”, a famous catchphrase of the character.

Laming publically apologised for sharing the image saying the Nazi reference was not the focus, but rather the catchphrase.

Mr Laming said “I think the joke is on me” for not realising the 1960s and ‘70s pop culture reference would not fly.

“The comedies of the 1970s are not what people watch today,” he said.

“I had over looked the obvious links to history.

Read the article by Kara Sonter, Redlands Community News in The Courier-Mail.