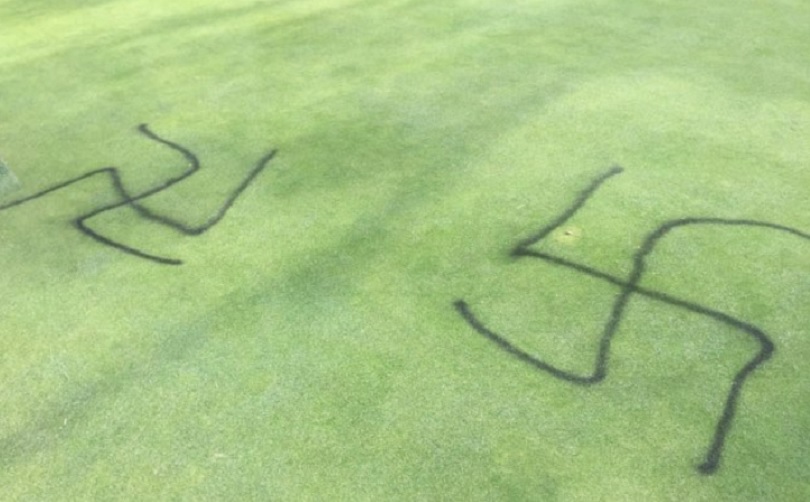 The words “golf fag’s” [sic] and a collection of swastikas were found sprayed in black paint on the fourth green of the golf course on Wednesday 21st May, as highlighted by The Age.

Cranbourne Golf Club, formed in the 1950s by Melbourne’s Jewish community, addressed the vandalism on Facebook.

“Everyone at the Club has great pride in the the foundation of Cranbourne Golf Club… as a not-for-profit club where ‘everyone is welcome’ regardless of race, religion, faith or gender.”

“It is for this reason more than any other that we find this vandalism abhorrent in it’s nature and unacceptable in any forum, at any time.”

Cranbourne Golf Club have reported the issue to Victoria Police, and the Anti-Defamation Commission.

Jewish LGBTIQ+ advocacy organisation Aleph Melbourne say they are disturbed by the “pointless and senseless act.”

“The antisemitic and homophobic graffiti demonstrates profound immaturity and insensitivity by the perpertrator/s,” Aleph spokesperson Michael Barnett said in a statement.

Read the article in OutInPerth.