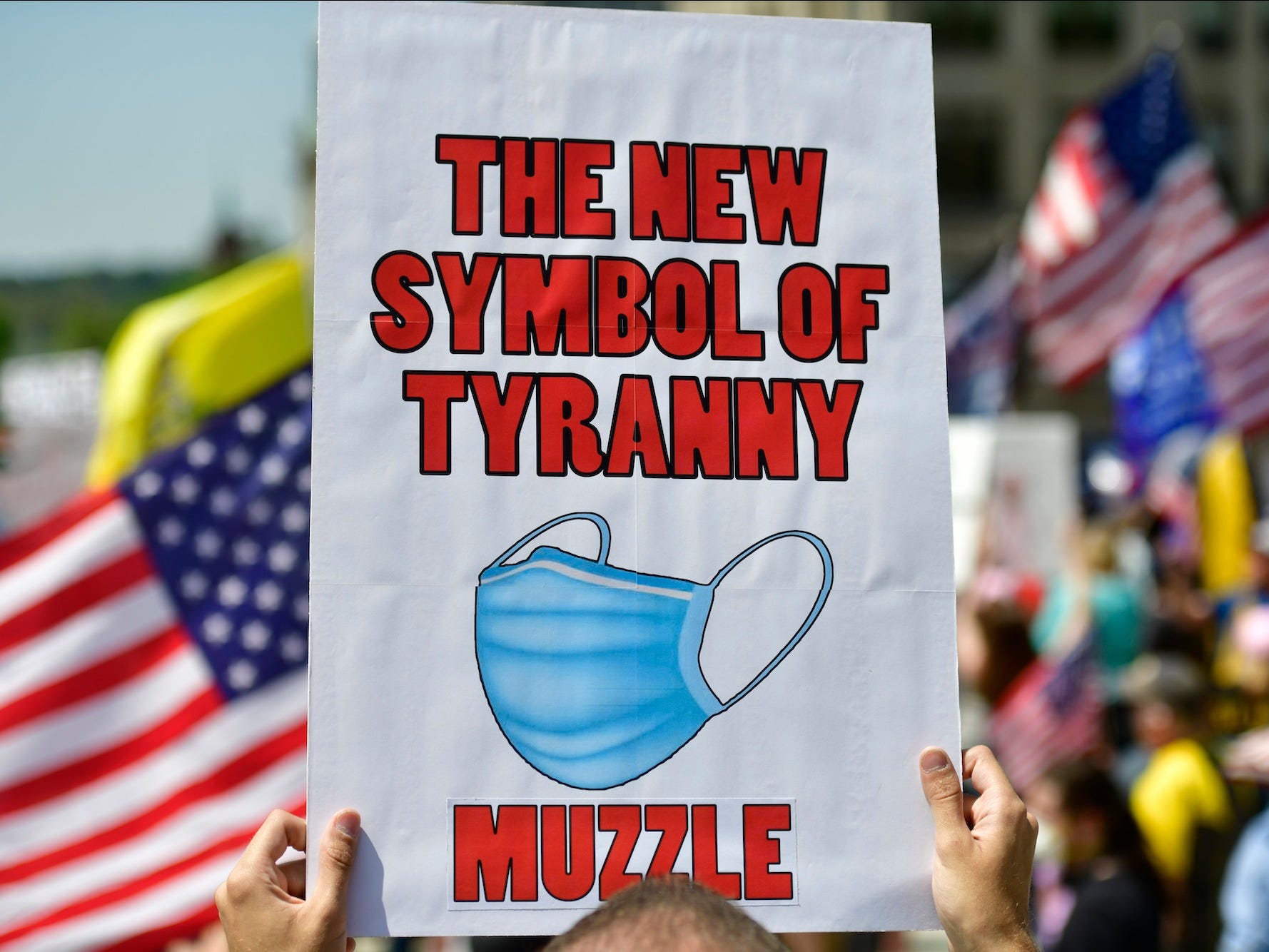 I grew up as a woman in Iran after the Islamic revolution. Wearing a mask in a pandemic is not a form of tyrannical oppression.

I grew up in Iran in the aftermath of Islamic revolution, when freedom of thought and expression were abruptly restricted, especially for women. In a matter of weeks, half the population became second-class citizens.

The new government forced us to cover our hair. We had to sit at the back of the bus, and our rights were cut in half: Female heirs would inherit half the amount of male heirs, and two female witnesses became equal to one male witness. Many protested the drastic changes and were brutally assaulted. My own resistance began when I was seven, founded on a fierce belief in equal rights. The new laws had me in hijab, while boys could dress as they pleased. I defied this law by pretending to be a boy.

Read the article by Ari Honarvar in Business Insider Australia.

[Image: A demonstrator holds a placard with a face mask stating ‘THE NEW SYMBOL OF TYRANNY MUZZLE’ rallying outside the Pennsylvania Capitol Building to protest the continued closure of businesses due to the coronavirus pandemic on May 15, 2020 in Harrisburg, Pennsylvania. (Mark Makela/Getty)]