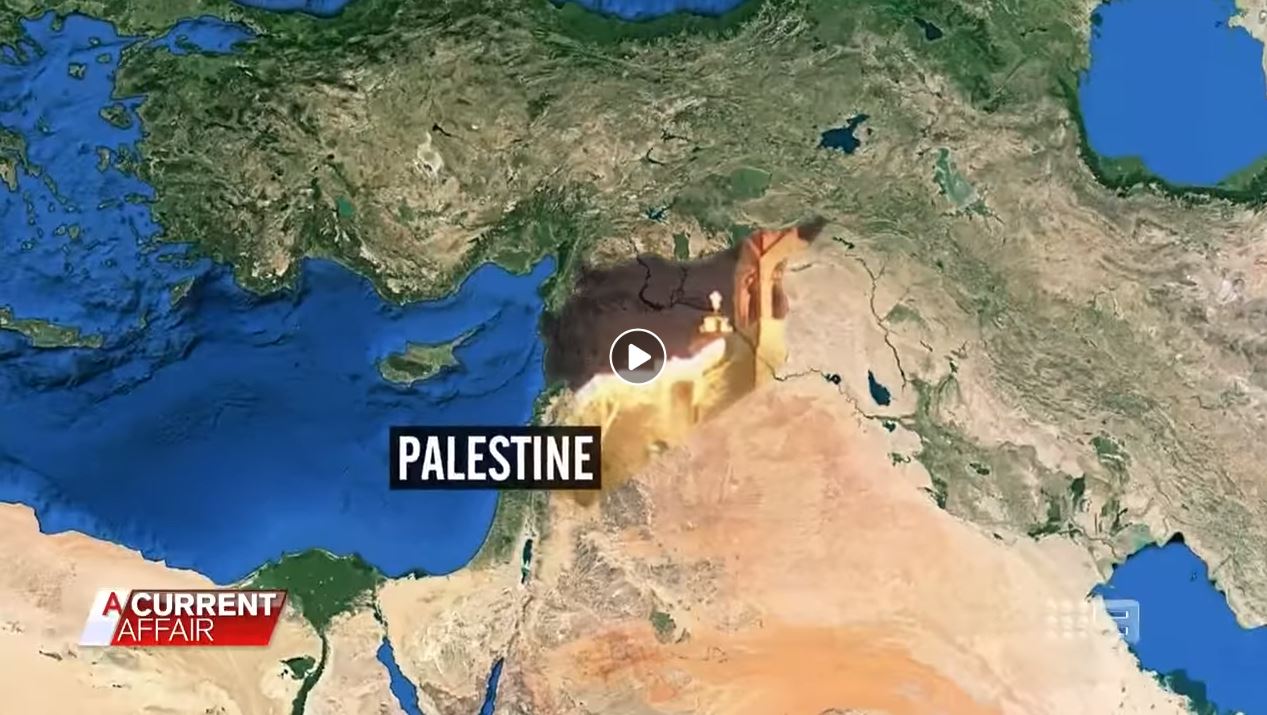 A Current Affair declares the State of Palestine

‘A Current Affair’ on Channel 9 televised an episode on Monday June 8 which included a segment on the George Floyd phenomenon sweeping the world at the moment. The reporter says, “George Floyd’s face is being etched into history as a symbol of police violence against people of colour.”

You may well ask what has this got to do with Palestine.

At the 0:39 mark we see a banner that shows how #BlackLivesMatter is entwining itself with #PalestiniansMatter. We can observe a Palestinian deception, jumping on to the intersectionality bandwagon, gaining succor for their victimhood from a cause they have hijacked. 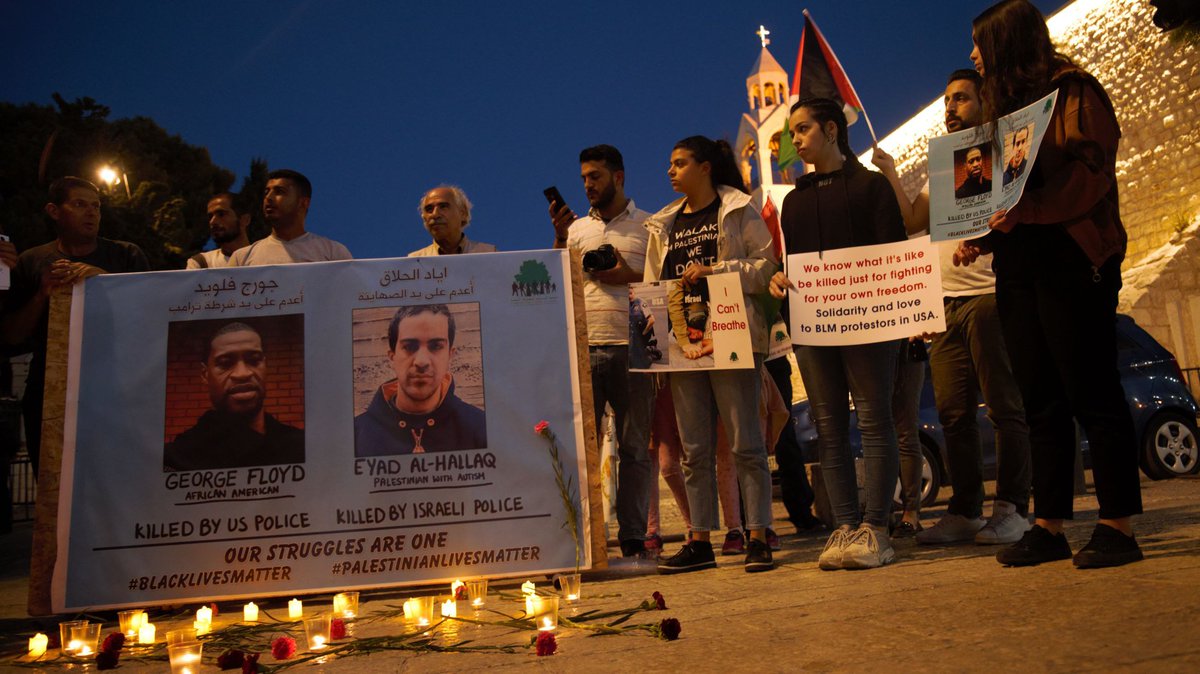 At the 2:52 min mark we arrive in the State of Palestine as declared by the Channel 9 reporter and here is the footage in all its propaganda glory.

The reporter proclaims, “In the State of Palestine Floyd’s death sparked comparisons with the gunning down of an unarmed autistic man by police.”

The whole clip from which this last short grab has been taken can be viewed in its entirety here.