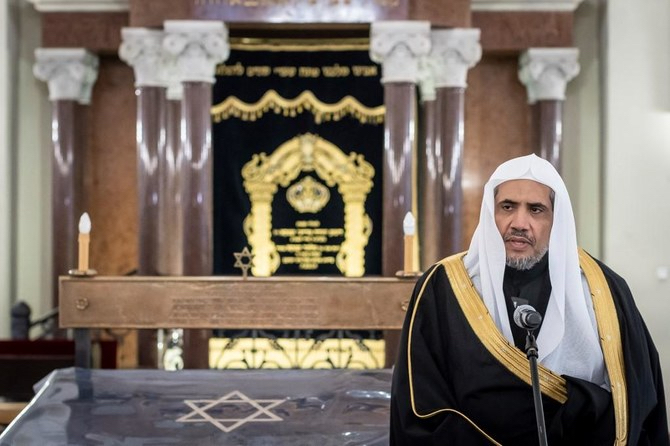 The General Secretary of the Muslim World League, Sheikh Dr Mohammed Al-Issa was the recipient of an inaugural award  given by the Combat Anti-Semitism Movement and American Sephardi Federation for his efforts and contribution towards fighting antisemitism.

He is the first person to receive this prestigious annual award recognising him as a leading promoter of peace, and for uniting people of all faiths and publicly condemning Holocaust denials.

NSW Jewish Board of Deputies CEO Vic Alhadeff commended Sheikh Dr Mohammed Al-Issa “for his courageous and inspirational work and for extending the hand of friendship to the Jewish people. The most effective response to all forms of bigotry, from Islamophobia to antisemitism, is for faiths and communities to stand together side by side and work towards shared objectives.”

As a tribute of recognition, Alhadeff added,“Dr Al-Issa’s initiative in visiting the Auschwitz extermination camp stands as a powerful statement of the importance of dialogue and constructive co-operation between Muslim, Jewish and Christian people. We applaud him for his principled leadership.”

Looking at history and how Jews and Muslims had grown apart over the years, the Sheikh said: “We must rebuild the bridges of dialogue and the bonds of partnership between our communities”.

Read the article posted by Philip Feinstein in the Australasian Muslim Times.