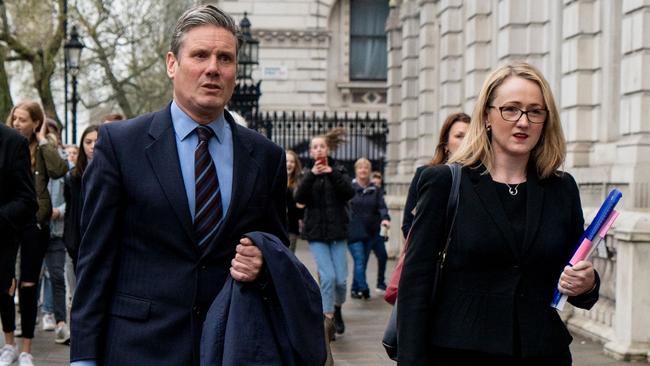 British Labour leader Keir Starmer has sacked a leading left-winger from his top team for sharing an “anti-Semitic conspiracy theory”, in a move that risks reigniting bitter splits in the main opposition party.

Education spokeswoman Rebecca Long Bailey had retweeted approvingly an interview with an actress who claimed US police ­accused of killing George Floyd learned their tactics from Israeli secret services.

Ms Long Bailey, who stood against Sir Keir in Labour’s last leadership race, later clarified that she did not agree with everything in the article — but was asked to stand down.

“As leader of the Labour Party, Keir has been clear that restoring trust with the Jewish community is a No 1 priority.

“Anti-Semitism takes many different forms and it is important that we all are vigilant against it.”

Sir Keir was elected in April to replace Jeremy Corbyn, whose leadership was marked by internal divisions and two election defeats. Mr Corbyn’s socialist views attracted thousands of new members but his leadership team was accused of failing to act on repeated incidents of anti-Semitic behaviour. They denied this, but the Equality and Human Rights Commission last year launched an investigation.

Gideon Falter, head of the Campaign Against anti-Semitism, hailed Sir Keir’s “swift and firm action”. But supporters of Ms Long Bailey, an ally of Mr Corbyn and one of the few prominent left-wingers in the shadow cabinet, said she had done nothing wrong.

John McDonnell, who served as Mr Corbyn’s finance spokesman, offered her “solidarity”. “Throughout discussion of anti-Semitism it’s always been said criticism of practices of the Israeli state is not anti-Semitic,” he said.