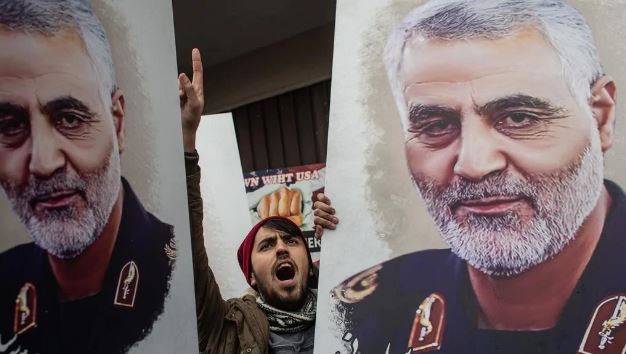 The Muslim state has shocked the international community with its latest attempt to rattle the US.

Iran has launched a “propaganda stunt” by issuing arrest warrants for US President Donald Trump over the death of the vicious terrorist General Qassem Soleimani.

Tehran prosecutor Ali Alqasimehr said that Mr Trump and 35 others are facing “murder and terrorism charges” in connection to the January 3 attack in Baghdad that killed the ruthless leader of the Iranian Revolutionary Guard’s Quds Force.

Alqasimehr said Iran has asked Interpol to put out a “red notice” for Mr Trump and the others – the highest-level arrest request issued by the international organisation.

Interpol said its guidelines for notices forbids it from “any intervention or activities of a political” nature and that it “would not consider requests” of this kind.

“It’s a propaganda stunt that no one takes seriously and makes the Iranians look foolish,” Mr Hook said.

Read the article by Nathan Vass (New York) in the Herald Sun.