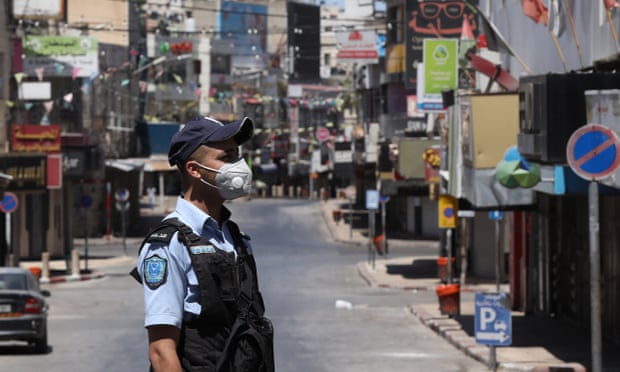 What would Israeli annexation of parts of the West Bank mean for Palestinians?

The Israeli prime minister, Benjamin Netanyahu, has proposed permanently seizing Palestinian territory by annexing swathes of the West Bank – a violation of international law. Journalist Mariam Barghouti and Palestine Institute for Public Diplomacy executive director Salem Barahmeh describe how this would formalise a system that millions of Palestinians are already enduring, while Jerusalem correspondent Oliver Holmes examines what is driving Netanyahu’s latest plans.

In April last year, the Israeli prime minister, Benjamin Netanyahu, announced he planned to annex Jewish settlements – outposts in the West Bank where hundreds of thousands of Israelis live – to global condemnation. In September, the Israeli leader added he would also annex the Jordan Valley, which makes up to one-third of the West Bank and borders Jordan. The Guardian’s Jerusalem correspondent, Oliver Holmes, tells Anushka Asthana why the support of the US president, Donald Trump, has emboldened Netanyahu.

Much uncertainty, however, remains around when, how – or even if – Netanyahu will push forward with annexation and what effect it could have. Palestinian journalist Mariam Barghouti – based in Ramallah – and Salem Barahmeh, who is the executive director of the Palestine Institute for Public Diplomacy and lives in the Jordan Valley, describe the impact the Israeli occupation already has on the lives of millions of Palestinians.

Read the article and listen to the podcast by Anushka Asthana. reported by Oliver Holmes, Mariam Barghouti and Salem Barahmeh at The Guardian.