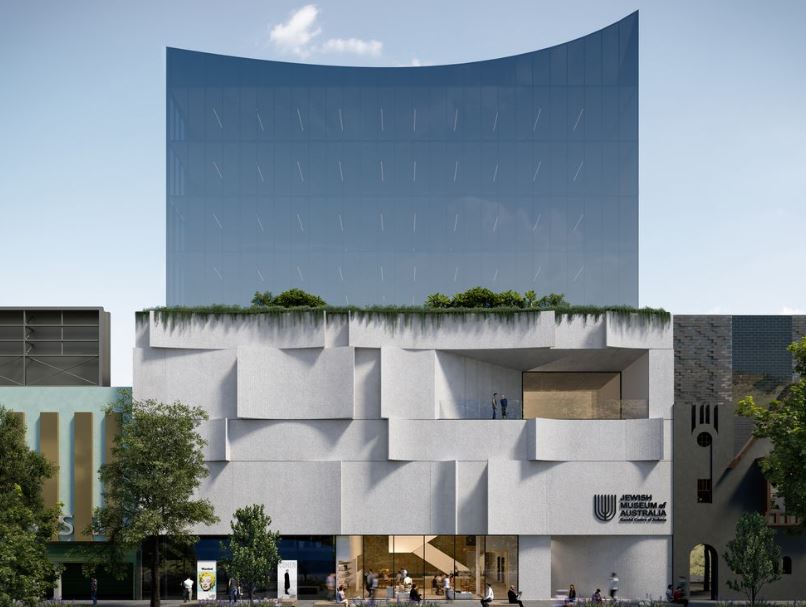 A new cultural hub celebrating Jewish life and culture will be built in Elsternwick, under ambitious plans revealed by a number of Melbourne’s key Jewish institutions.

The Jewish Arts Quarter will be centred around a new eight-storey building at 7 Selwyn Street designed by Melbourne’s Mclldowie Partners that will bring together the Jewish Museum of Australia and the Kadimah Jewish Cultural Centre and National Library, along with performing arts and co-working spaces.

The building will be woven into an existing precinct that includes the Jewish Holocaust Centre, Sholem Aleichem College and Classic Cinemas, and will “shine as a beacon” to the Australian Jewish experience and to social connection and cohesion in Melbourne.

“The ability to rejoice in the widest range of arts and culture will encourage everyone that visits the quarter to appreciate and gain a better understanding of what we can offer – especially as we emerge from these challenging times,” said Barry Fradkin, president of the Jewish Museum of Australia: Gandel Centre of Judaica.

Mclldowie Partners’ design for the eight-storey Jewish Arts Quarter building is defined by a deliberate division between podium and tower, with the podium housing the museum and co-working spaces occupying the tower.

“The podium aims to respond to the existing rhythm of Selwyn Street by sitting in direct alignment with its neighbours, particularly the Jewish Holocaust Centre to the north,” the architects state in a design report.

Read the article in ArchitectureAU.