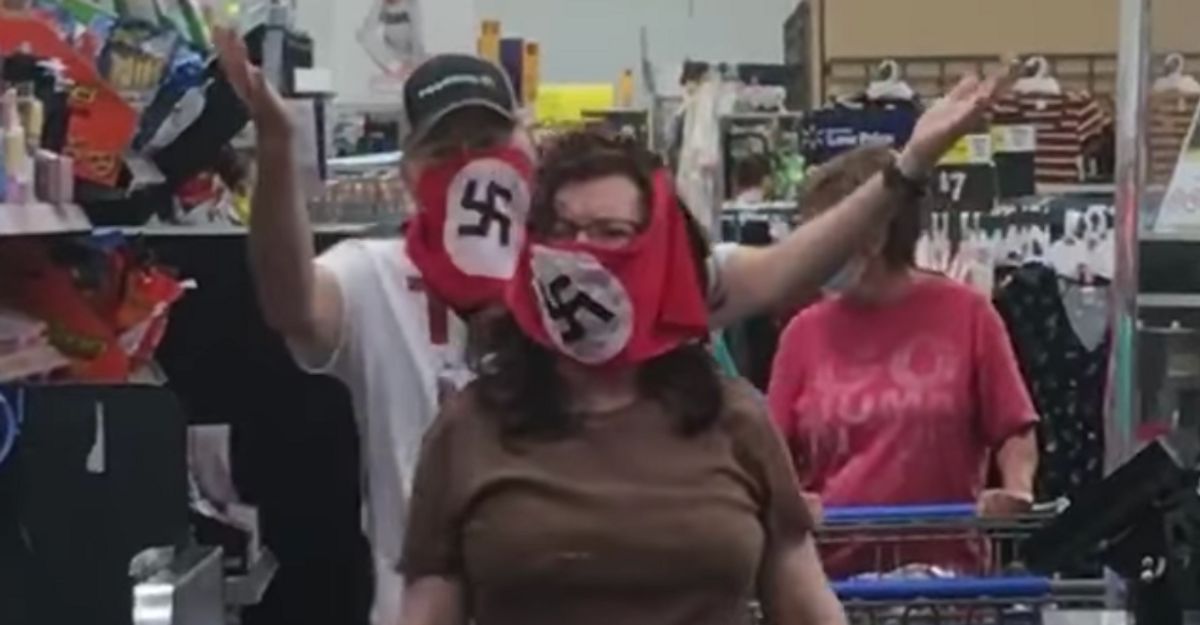 A woman seen wearing the mask insisted that she is “not a Nazi” and that she was making a political statement.

Walmart temporarily banned a couple after the pair wore swastika face masks into a Minnesota store in what they claimed was a political statement in the wake of a statewide mask mandate.

Disturbing video taken Saturday inside the Walmart in Marshall one day after the state’s coronavirus mask rule went into effect showed the man and woman checking out at a register as the woman made obscene hand gestures while wearing the red and black Nazi symbol.

“You cannot be an American and wear that mask. You cannot,” someone behind the camera told her. “We literally had a war about this.”

The unidentified woman is heard telling other shoppers, “I’m not a Nazi,” when confronted about her attire. She instead claimed that she was only wearing the symbol of hate as a political statement.

“If you vote for [Joe] Biden, you’re going to be in Nazi Germany. That’s what it’s going to be like,” she said, referring to the former vice president’s White House run. “Socialism is going to happen here in America.”

Another photo posted to Facebook appeared to show the woman at one point extending her left arm out as if to give a Nazi salute.

Officers with the Marshall Police Department responded to a disturbance call at the store around noon. They issued a notice of trespass to the couple, who were identified only as a man, 59, and a woman, 64. They left without further incident, local station KARE-11 reported.

Read the article by Nina Golgowski in the Huffington Post.