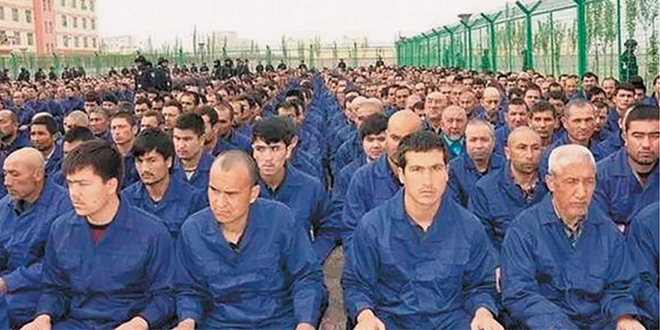 TWO cardinals joined 74 other religious leaders in a written statement that condemned the Chinese government’s treatment of Uyghurs as “one of the most egregious human tragedies since the holocaust”.

Other Catholic leaders like England and Wales Bishops Conference international affairs chair Bishop Declan Lang were also among the signatories of the statement released on August 8.

“As religious leaders and leaders of belief-based communities, we come together to affirm human dignity for all by highlighting one of the most egregious human tragedies since the Holocaust: the potential genocide of the Uyghurs and other Muslims in China,” the statement said.

“We have seen many persecutions and mass atrocities.

“These need our attention.

“But there is one that, if allowed to continue with impunity, calls into question most seriously the willingness of the international community to defend universal human rights for everyone – the plight of the Uyghurs.

The Community Party of China calls the camps Vocational Education and Training Centres, but operate as internment camps.

Human Rights Watch has repeatedly alleged the camps, in China’s north west Xinjiang region, were there to indoctrinate Uyghurs and other Muslims since 2017.

Read the article in The Catholic Leader.