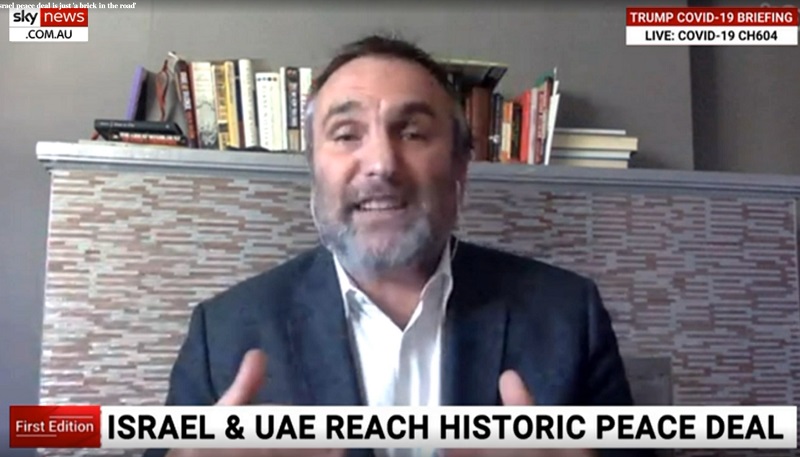 “Historic” arrangement brokered between Israel and the United Arab Emirates

US contributor Michael Ware says the “historic” arrangement brokered between Israel and the United Arab Emirates by President Donald Trump “not a Middle East peace plan” but a “brick in the road”. The deal would halt Israeli plans to annex parts of the occupied West Bank in a bid to normalize relations between the two states. Mr Ware told Sky News Israel’s Prime Minister Bejamin Natanyahu referred to the agreement as “the greatest advance in peace in the Arab world in decades”. “What’s happened is ground-breaking because all the Arab states (barring Jordan and Egypt) do not recognise Israel as a country. He said the UAE agreeing to the deal would “normalise relations with Israel” and was subsequently “recognition of Israel’s right to exist”.