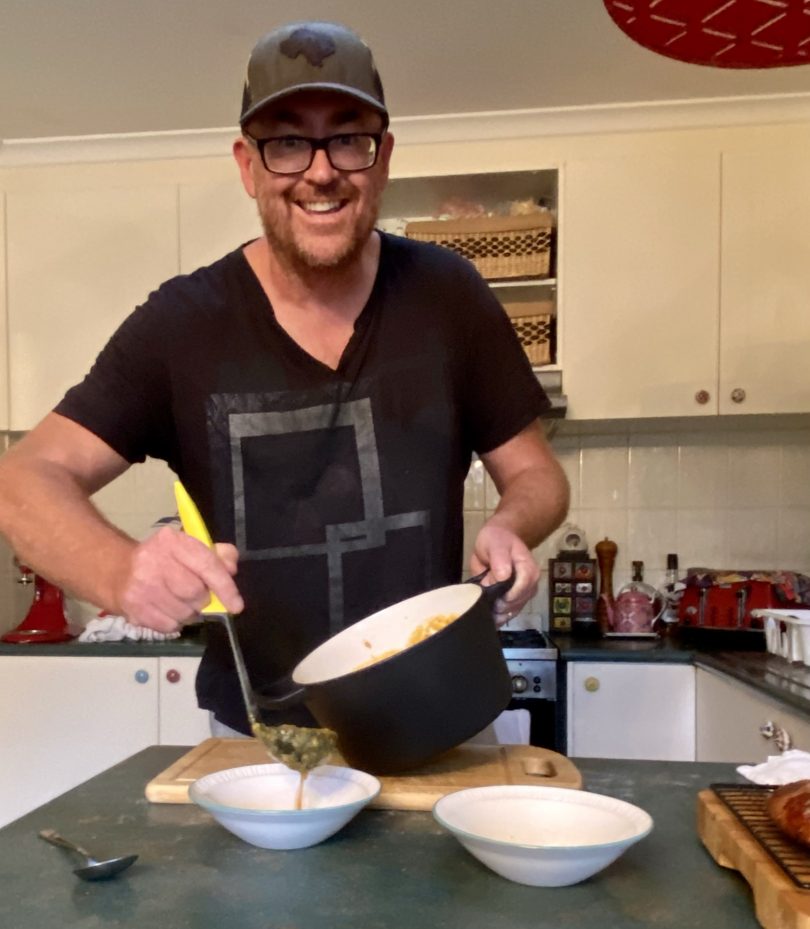 Families around the world – including mine and Joshua Brandt Rosner’s here in Canberra – are currently preparing for the major Jewish holiday of Passover (or Pesach). During Passover, Jewish people commemorate the story of Exodus, where Moses led them to freedom from slavery. If you’ve seen Cecil B. DeMille’s old Hollywood blockbuster, The Ten Commandments, you more or less know the background of Passover.

It is one of the most important festivals on the Jewish calendar, celebrated for eight days starting with the traditional ritual feast called a Seder, which this year falls on the evening of Saturday, 27 March. Seders are a communal ritual with family, friends, and when I was growing up pretty much anyone who my parents happened to know was in town that day – Jewish or not – to gather for an epic meal.

Intimidatingly large symbolic quantities of dishes are served, and families go to great pains to organise the perfect menu. Joshua is the main cook for his household, which includes his husband and 8-year-old daughter, and he had his Seder meal planned weeks in advance. It is a family responsibility he takes very seriously.

“I have a great friend who lives in Israel and he is the cook for his wife and two young children,” he says. “He and I often talk about how important it is to us to cook meals for our families that they will enjoy enough to ask for seconds. That is not easy to achieve with a child. He and I often test out recipes on our families and send them to each other with feedback and recommendations for tweaking them.

Read the article by Sophia Brady in RiotACT.