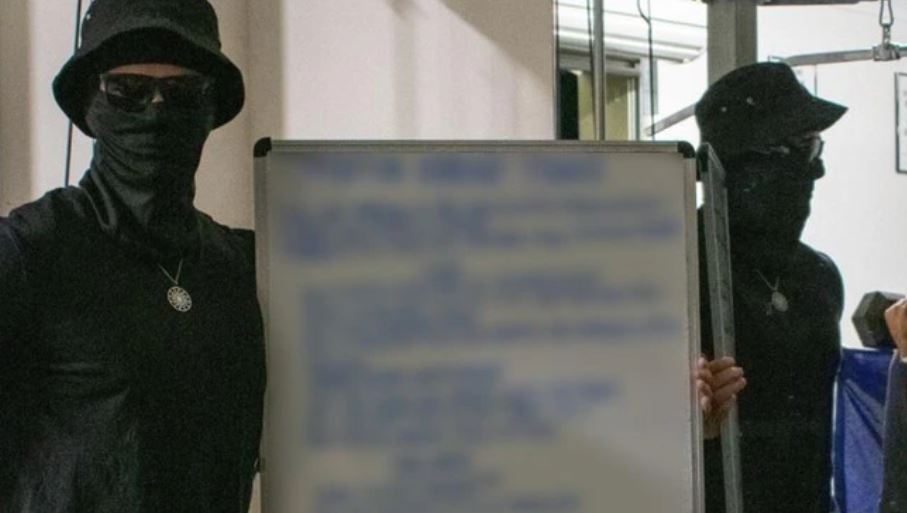 A Melbourne-based neo-Nazi group has called on its followers to go on the prowl for Jewish women and gang rape them to “breed out the Jewish”.

The National Socialist Network (NSN) labelled the hate-filled mission Operation Ashkenazi Strange and published comments so offensive the Herald Sun has decided not to publish them.

NSN has been banned from most mainstream social media platforms but has amassed a following on the underground alt-right site Gab — a haven for neo-Nazis, QAnon conspiracy theorists and right-wing extremists.

The group’s leader, Thomas Sewell, also posted a crudely photoshopped image of himself performing a Nazi salute in front of a graphic depicting Anti-Defamation Commission chair Dvir Abramovich inside a gas chamber with a yellow Star of David on his forehead.

The caption below reads “f*** you Dvir”.

Mr Sewell, is facing assault charges over an alleged attack on a security guard at Channel 9 headquarters.

Dr Abramovich said he had reported the posts to Victoria Police and has called on the Federal Government to “immediately designate the NSN and other neo-Nazi groups as terrorist organisations”.

“These stomach-churning posts not only reveal the true nature of the neo-Nazi beast in our country but a rising climate of radicalisation in which Hitler worshippers openly fantasise about gassing a Jewish leader and call on unrepentant bigots to be on the hunt and rape Jewish woman,” he said.

Read the article by Jordy Atkinson in the Herald Sun.