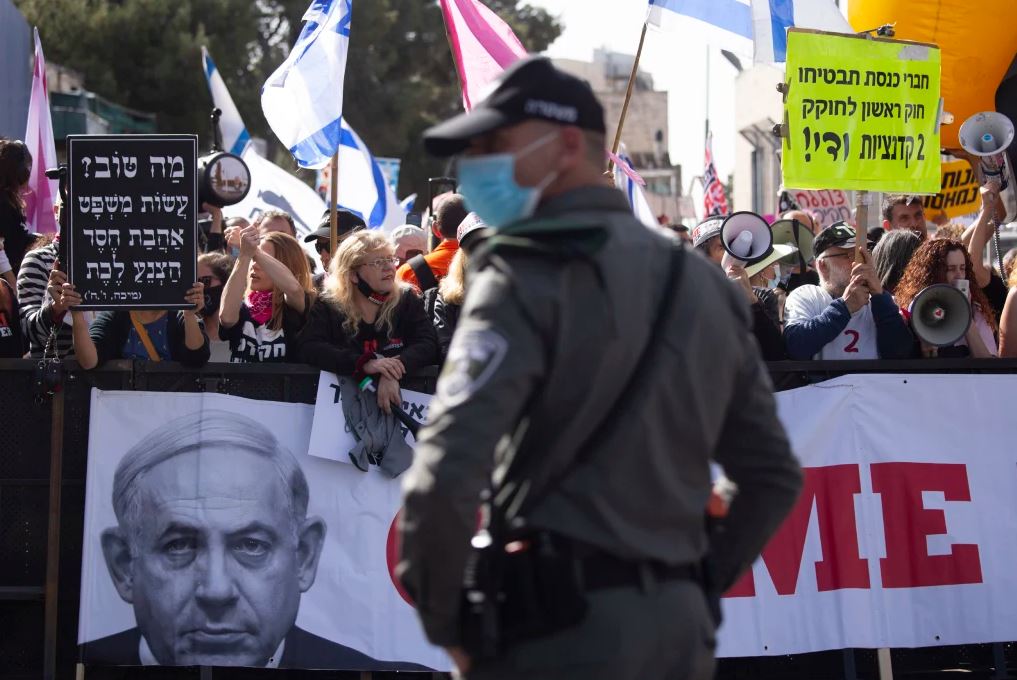 ‘How much can you lie?’ Witness challenged in Netanyahu’s day in court

Jerusalem: An Israeli prosecutor has told a court that Prime Minister Benjamin Netanyahu helped a business couple clinch deals worth hundreds of millions of shekels in exchange for favourable coverage of him on a news website they controlled.

Speaking at the opening of Netanyahu’s corruption trial, state prosecutor Liat Ben-Ari said: “The relationship between Netanyahu and the [co-] defendants became currency, something that could be traded.”

“This currency could distort a public servant’s judgment,” Ben-Ari said.

Netanyahu has pleaded not guilty to charges of bribery, breach of trust and fraud in a case that, along with an inconclusive election last month, has clouded his prospects of remaining in office. It is the first criminal trial of a sitting Israeli prime minister.

The state said Netanyahu was responsible for regulations that allowed a telecommunications power-couple, Shaul and Iris Elovitch, to win deals worth “many hundreds of millions of shekels” in return for them sweetening coverage of the Prime Minister on the Walla news site, which was then under their control.

Former Walla CEO Alan Yeshua, testifying on behalf of the prosecution, said that while employed there he had been “barraged” by demands from the Elovitchs and by Netanyahu confidants to promote the Prime Minister and play down or attack his political rivals.

Read the article by Maayan Lubell in The Sydney Morning Herald.