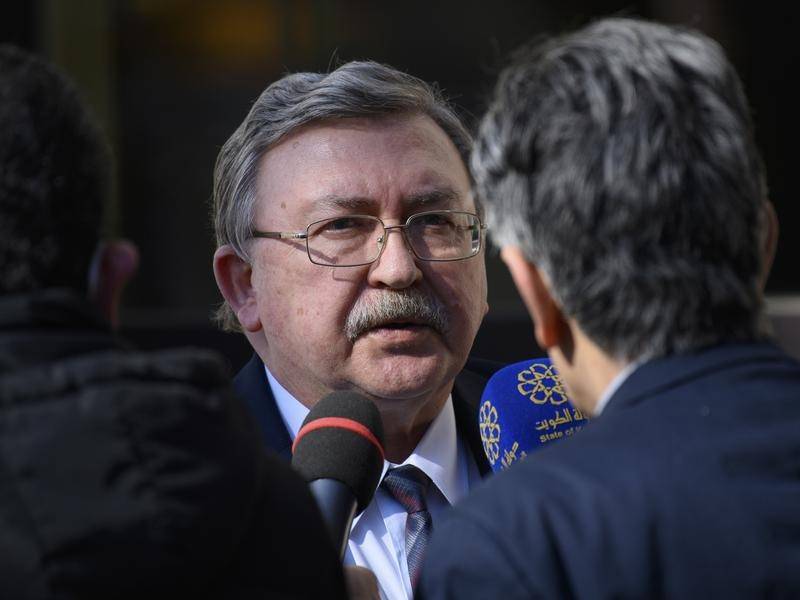 Officials from five world powers have begun a new effort to try to bring the United States back into the foundering 2015 nuclear deal they signed with Iran, a delicate diplomatic dance that needs to balance the concerns and interests of both Washington and Tehran.

The meeting in Vienna of envoys from Russia, China, Germany, France, Britain and Iran came as the US was due to start its own indirect talks with Iran.

It would be one of the first signs of tangible progress in efforts to return both nations to the accord, which restricted Iran’s nuclear program in return for relief from US and international sanctions.

Following the closed meetings of the signatories to the deal, known as the Joint Comprehensive Plan of Action, Russia’s delegate Mikhail Ulyanov tweeted that the initial talks were “successful.”

“The restoration of JCPOA will not happen immediately. It will take some time. How long? Nobody knows,” he wrote.

“The most important thing after today’s meeting of the Joint Commission is that practical work towards achieving this goal has started.”

In 2018, then-president Donald Trump pulled the US unilaterally out of the accord, opting for what he called a maximum-pressure campaign involving restored and additional American sanctions.

Read the article by David Rising and Alex Schuller in the Camden-Narellan Advertiser.