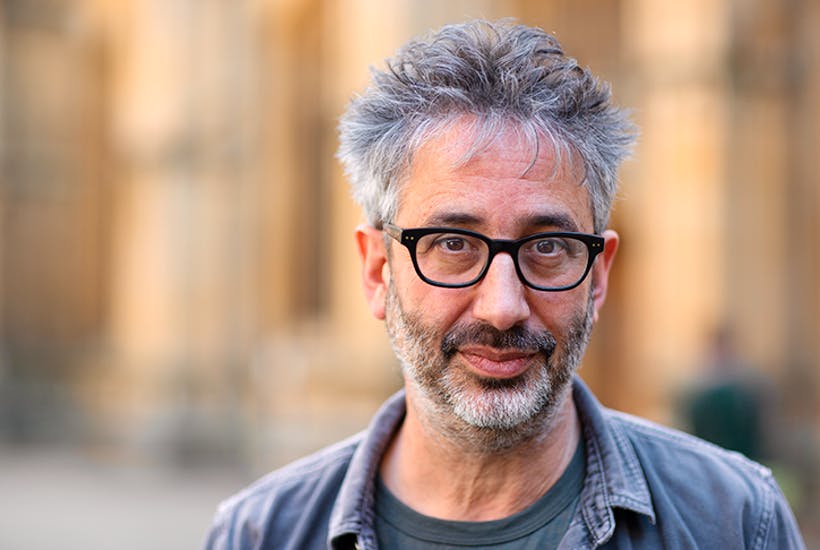 Anti-Semitism and the far left

The comic David Baddiel has written a book which explains that much of the far left hates Jews. There are exceptions. They are OK with dead Jews (the Holocaust gets a sad face emoji if it isn’t ‘exploited’ by living Jews, in which case it gets an angry face emoji), and penitent Jews (the ones who hate Israel in any form). They will deny it and call me an anti-Semite and a Nazi writing for a Nazi magazine with my Nazi fingers because they don’t understand Nazism, anti-Semitism or themselves. They are not really progressives; they are religious maniacs — and that is sometimes funny.

These penitent Jews should include Baddiel, who is not a Zionist. ‘Stupid fucking Israel,’ he calls it, though he adds this is more of a comment on the tone of the Twitter debate (‘stupid fucking shouting match’) than any suggestion as to what should happen in Israel and Palestine. But he is exempt from this exemption because he is, as he says, ‘one of the UK’s very few famous Jews’. His biographical note on Twitter reads simply: ‘Jew.’

His central point is that the ‘anti-racist’ far left do not include Jews in their ‘sacred circle’ and that anti-Semitism is now — and this is a gruesome phrase— a ‘second- class racism’. It is expressed, in his words, as ‘a concern, a protectiveness, a championing, a cry for increased visibility, whatever it might be — not being applied to Jews’.

Read the article by Tanya Gold in The Spectator.