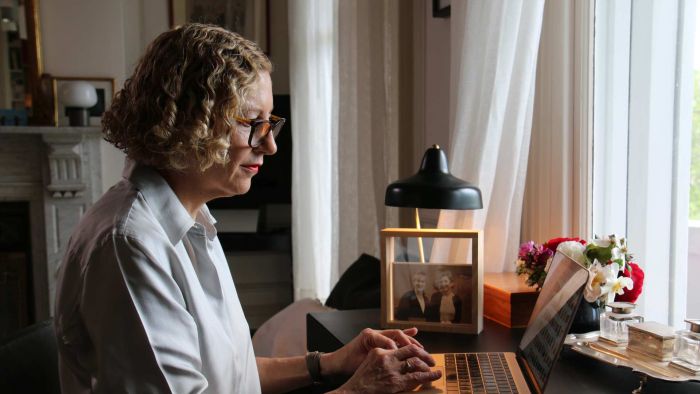 Joanna Murray-Smith wrestles with hedonism and history in Berlin

Joanna Murray-Smith is an acclaimed Australian playwright and one of the few to have enjoyed success on Broadway and the West End. She reflects on her storied career ahead of the world premiere of Berlin at the Melbourne Theatre Company and a revival of Honour at Sydney’s Ensemble Theatre — a play that had its first reading in New York with an unbelievable cast.

MasterChef meets The Hunger Games in the new Australian opera Chop Chef from Sydney’s Blush Opera. We meet performer and co-artistic director Jermaine Chau with librettist Julie Koh ahead of the show’s premiere at Riverside Theatres. Their 23 April performance will stream online.

Currency Press have been publishing ground-breaking Australian plays since 1971. On the occasion of the company’s 50th birthday, we meet founder Katharine Brisbane. She’s also written the latest Platform Paper for Currency House (an organisation she also founded) called On the Lessons of History, in which she reflects on the struggles and the promise of Australian arts today.

And we find out the plans of Louise Gough, inaugural executive producer and CEO of Australian Plays Transform — an organisation formed from the merger of Playwriting Australia and Australian Plays.

Listen to the program by Michael Cathcart on The Stage Show.