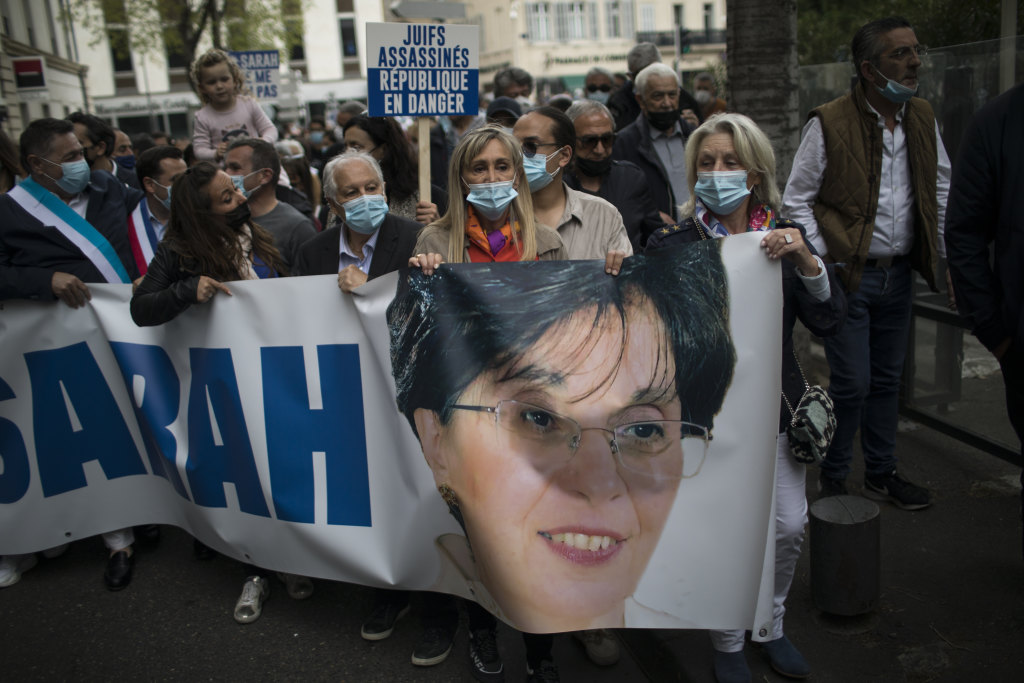 Paris: Protesters across France have denounced a ruling by France’s highest court that the killer of Jewish woman Sarah Halimi was not criminally responsible and therefore could not go on trial.

Thousands of people filled Trocadero Plaza in Paris, in front of the Eiffel Tower, on Sunday answering a call by Jewish associations and groups fighting antisemitism who say that justice has not been done. Other protests took place in Marseille, Lyon, Strasbourg, Bordeaux and elsewhere.

The announcement that the killer would not be sent to trial sparked outrage among the French and international Jewish community.

Halimi, a 65-year-old Jewish woman, died in 2017 after being pushed out of the window of her Paris apartment by her neighbor, Kobili Traore, who allegedly shouted “Allahu Akbar” (“God is great” in Arabic). Traore admitted pushing her.

The ruling from the Court of Cassation, issued this month, said there was enough evidence to show the act had antisemitic motives. But the court said a person who committed a crime while in a “delirious state” cannot be sent to trial — even if that state was caused by the habitual use of illegal drugs. Traore used to smoke heavy quantities of cannabis.

“According to unanimous opinions of different psychiatry experts, that man was presenting at the time of the facts a severe delirious state,” the court said.

Read the article by Sylvie Corbet in The Sydney Morning Herald.