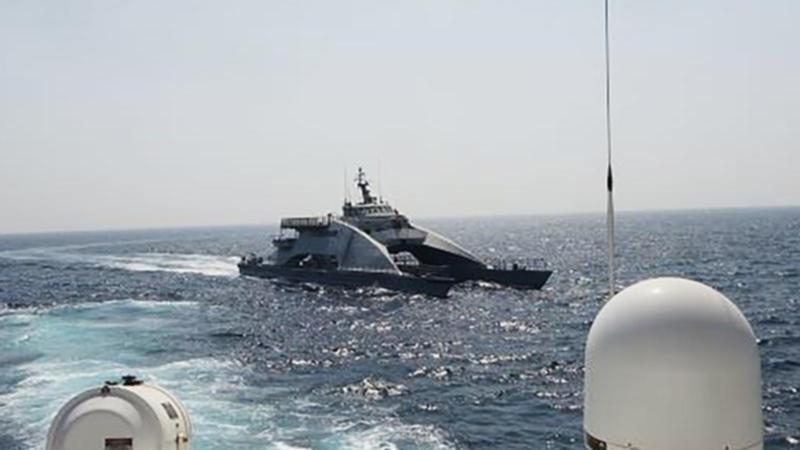 American and Iranian warships had a tense encounter in the Persian Gulf earlier this month, the first such incident in about a year amid wider turmoil in the region over Tehran’s tattered nuclear deal, the US Navy says.

Footage released by the Navy showed a ship commanded by Iran’s paramilitary Revolutionary Guard cut in front of the USCGC Monomoy, causing the Coast Guard vessel to come to an abrupt stop with its engine smoking on April 2.

The Guard also did the same with another Coast Guard vessel, the USCGC Wrangell, said Cmdr. Rebecca Rebarich, a spokeswoman for the Navy’s Mideast-based 5th Fleet, on Tuesday. Such close passes risk the ships colliding at sea.

Iran did not immediately acknowledge the incident in the southern reaches of the Persian Gulf, which resulted in no injuries or damage.

“After approximately three hour of the US issuing warning and conducting defensive maneuvers, the (Iranian) vessels maneuvered away from the US ships and opened distance between them.”

The Wall Street Journal first reported on the incident, which involved the Iranian Harth support ship and three Iranian fast-attack craft. The Coast Guard units operate out of Bahrain as part of Patrol Forces Southwest Asia, its biggest unit overseas.

Read the article by Jon Gambrell in The West Australian.