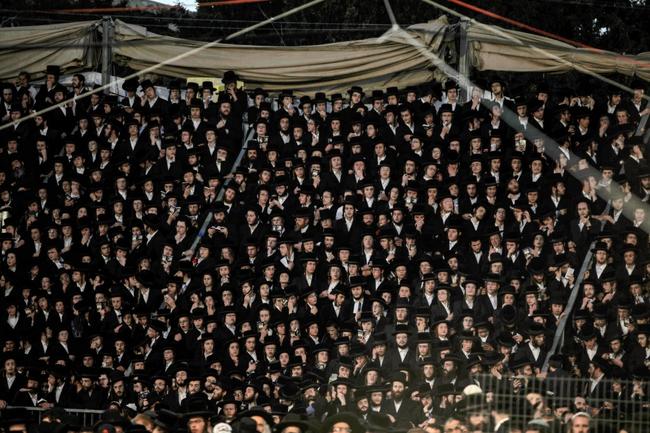 Israeli police cordon off the site of a stampede at a Jewish pilgrimage site that killed at least 44 people, as shocked pilgrims gather nearby in mourning

Israel on Friday was burying victims of a stampede at a Jewish pilgrimage site that killed at least 45 people, as Prime Minister Benjamin Netanyahu promised an investigation into one of the nation’s “worst disasters”.

The nighttime carnage struck after pilgrims thronged to Meron at the site of the reputed tomb of Rabbi Shimon Bar Yochai, a second-century Talmudic sage, where mainly ultra-Orthodox Jews, or haredim, mark the Lag BaOmer holiday.

A State Department spokesperson said “multiple US citizens were among the casualties”.

Shalom Levy, attending a funeral, called the stampede “a tragedy for the Jewish people”.

The pilgrimage was the largest public gathering in Israel since the Covid-19 pandemic erupted last year.

Officials had warned overcrowding could fuel viral spread, and only authorised 10,000 to attend.

There were conflicting reports about what caused the deadly crush, but multiple witnesses said scores of people trampled each other as they moved through a narrow passage.

The “Mount Meron disaster” was “one of the worst to hit” Israel since its foundation seven decades ago, Netanyahu added, promising a “thorough, serious and in-depth investigation in order to ensure that such a disaster does not recur”.