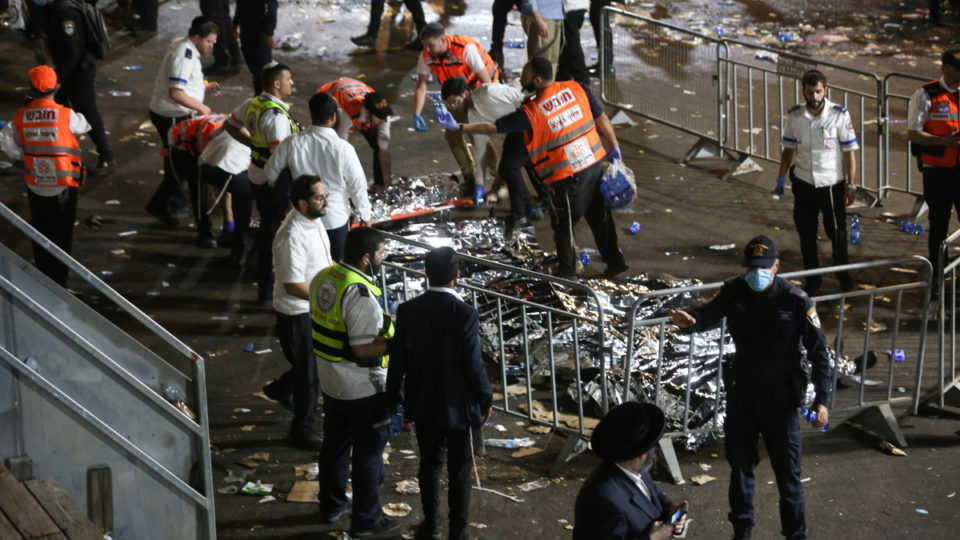 More than three dozen people have been killed in a crush at a religious bonfire festival in Israel in what Prime Minister Benjamin Netanyahu described as a “heavy disaster”.

Media reports initially said a section of stadium seating had collapsed at the Lag B’Omer event in Mount Meron in the Galilee.

But officials later said it appeared that the casualties had been asphyxiated or trampled in a stampede.

Tens of thousands of ultra-Orthodox Jews had gathered at the tomb of a second-century sage for annual commemorations that include all-night prayer and dance.

The Magen David Adom ambulance service said 103 people had been injured, including dozens fatally. Channel 12 TV put the number of dead at 38.

Other reports have the toll as high as 50, with 150 injured.

Police shut down the site and ordered revellers to be evacuated by bus.

The tomb is considered one of the holiest sites in the Jewish world and it is an annual pilgrimage site.

Videos posted on social media showed chaotic scenes as Ultra-Orthodox men clambered through gaps in sheets of torn corrugated iron to escape the crush, as police and paramedics tried to reach the wounded.

Bodies lay on stretchers in a corridor, covered in foil blankets.

On Twitter, Mr Netanyahu called it a “heavy disaster” and added: “We are all praying for the wellbeing of the casualties.”