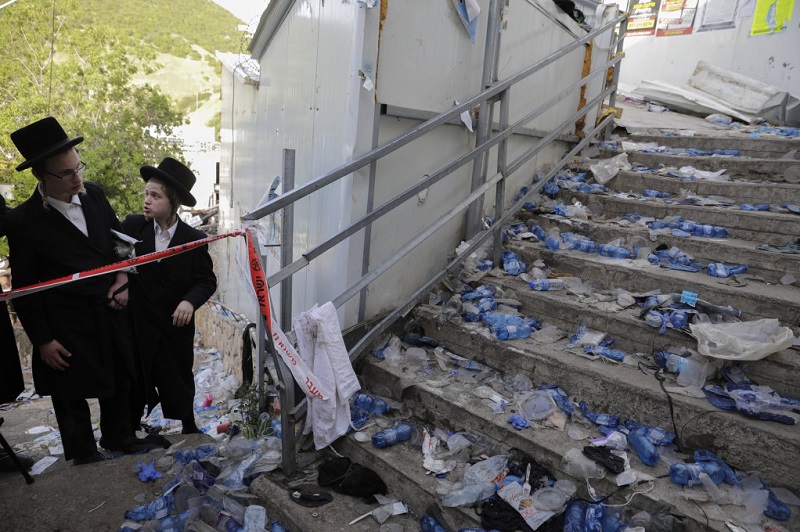 Mount Meron: Medical teams are working to identify 45 people crushed to death in a stampede at a religious festival on the slopes of Israel’s Mount Meron, with children among the dead.

Witnesses spoke of seeing a “pyramid” of people who were asphyxiated or trampled in a passageway around three metres wide at the crowded event in the Galilee.

Tens of thousands of ultra-Orthodox Jews had thronged to the tomb of 2nd-century sage Rabbi Shimon Bar Yochai for the annual Lag B’Omer commemorations that include all-night prayer, mystical songs and dance.

The festival was segregated by gender, and medics said the injuries and deaths were concentrated in the men’s section.

Police asked family members of those who were still missing to provide pictures and personal information to help with the identification process.

By late afternoon on Friday, local time, the Health Ministry said 32 of the dead had been identified. As sunset neared, the process was halted for 24 hours in observance of the Jewish Sabbath, and would resume on Saturday evening.

US President Joe Biden spoke with Prime Minister Benjamin Netanyahu to offer condolences, and said the US was working to confirm reports that Americans may have died or been injured.

Netanyahu called the crush one of the “heaviest disasters” in Israeli history and promised a thorough investigation to ensure it did not happen again. The country will observe a day of mourning on Sunday.

Read the article by Rami Amichay, Dan Williams and Ari Rabinovitch in The Age.