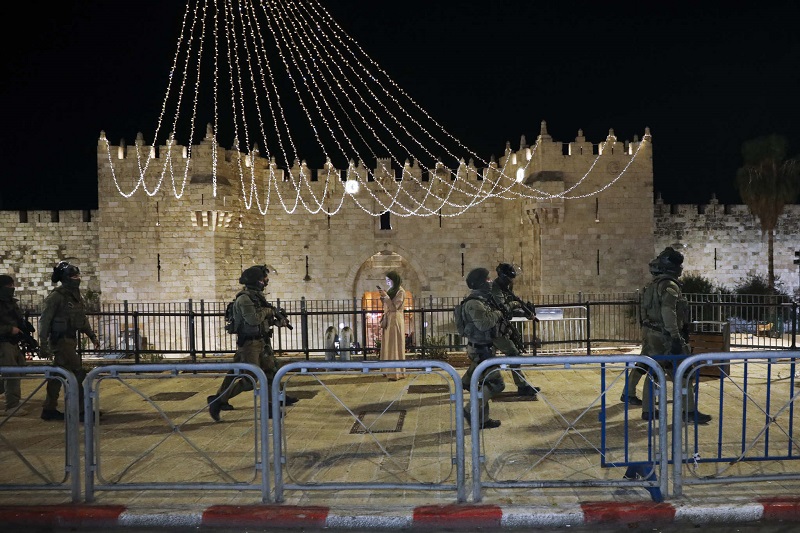 Jerusalem: More than 200 protesters were injured in clashes with police in Jerusalem’s Old City as tensions flared over the planned evictions of several Palestinian families from a nearby Arab neighbourhood.

The Palestinian Red Crescent emergency service said 88 of the wounded were hospitalised. The Palestinian Health Ministry said 83 people were wounded by rubber-coated bullets, including three who were shot in the eye, two with serious head injuries and two with broken jaws.

The Israeli police said protesters hurled stones, fireworks and other objects at them, wounding 17 officers, half of whom were hospitalised. “We will respond with a heavy hand to all violent disturbances, riots and attacks on our forces,” it said in a statement late on Friday.

Video from the plaza surrounding the al-Aqsa Mosque showed officers in riot gear deploying stun grenades against a crowd of Palestinians throwing bottles and rocks.

The fighting erupted after evening prayers on the final Friday of Ramadan, the Muslim holy month. More than 70,000 worshippers had gathered during the day at the mosque.

The al-Aqsa Mosque compound is the third holiest site in Islam. It is also the holiest site for Jews, who refer to it as the Temple Mount because it was the location of the biblical temples. It has long been a flashpoint in the Israeli-Palestinian conflict and was the epicentre of the 2000 Palestinian intifada, or uprising. Israeli police control access to the compound.

A police spokesman said officers had entered the complex after some in the crowd began throwing objects. Protesters blamed police for escalating the situation, according to media reports and social media.

Read the article by Steve Hendrix in The Age.