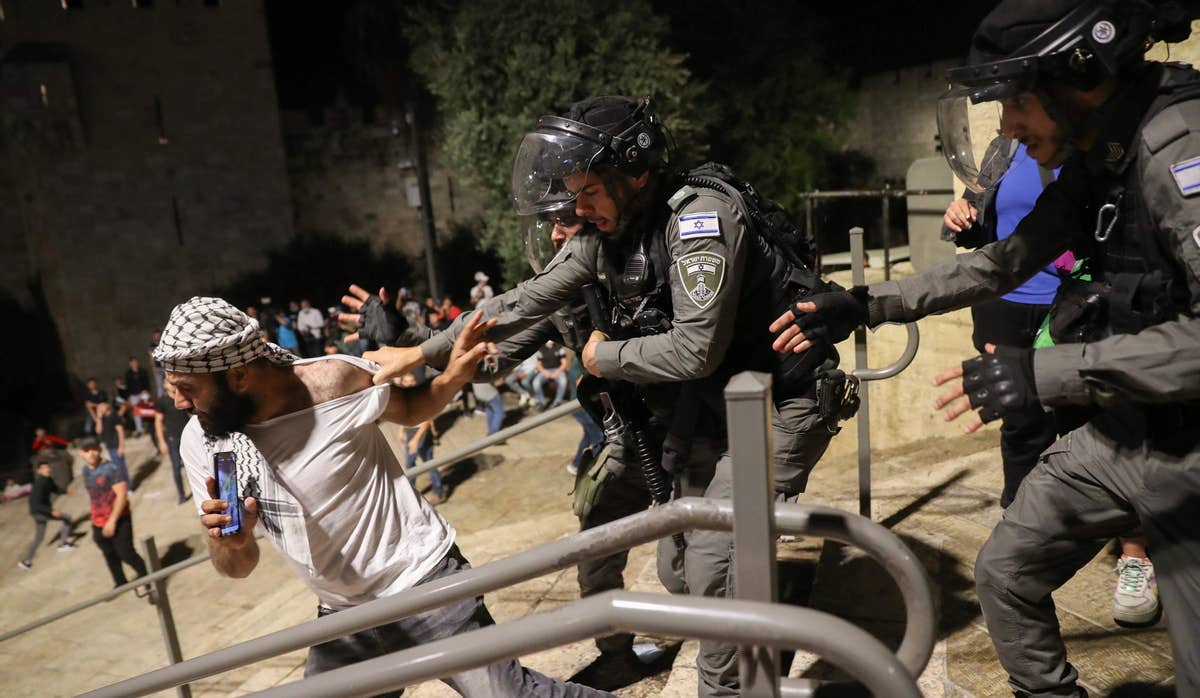 Violence escalates in Jerusalem and from Gaza

ABC RN reporter Rachel Mealey tells us that Israeli jets are bombing Gaza in retaliation for over 150 rocket attacks as Jerusalem sees some of the worst violence in years.

We hear how various members of the international community is asking for both sides to exercise restraint, speaking in careful tones so as to not sound like they support one side or the other.

Lana Tatour, a pro-Palestinian activist, a Lecturer in Development at the School of Social Sciences, UNSW is consulted for her partisan views and then retired Palestinian Authority politician Hanan Ashrawi is asked for her opinion of the latest events.

Netanyahu explains that Israel is showing no tolerance for this violence which is being instigated by Palestinian activists egged on by religious fervour during Ramadan.

Israel is seen to be cruelly trying to evict six Palestinian families from their homes. The problem here is that the ABC haven’t explained to us that the properties in dispute actually belong to Jews, who are trying to get their properties back after decades of legal battles.

Moreover the ABC reporter claims “Israeli police and Palestinians have been clashing for weeks over plans to evict 300 Palestinians from East Jerusalem”. The fuss has actually been over 6 Palestinian families who may be evicted from their homes in the Sheikh Jarrah area if a decision is made to do so by an Israeli court. Where the ABC reporter got the number 300 from is anyone’s guess.

Listen to this episode from The World Today.