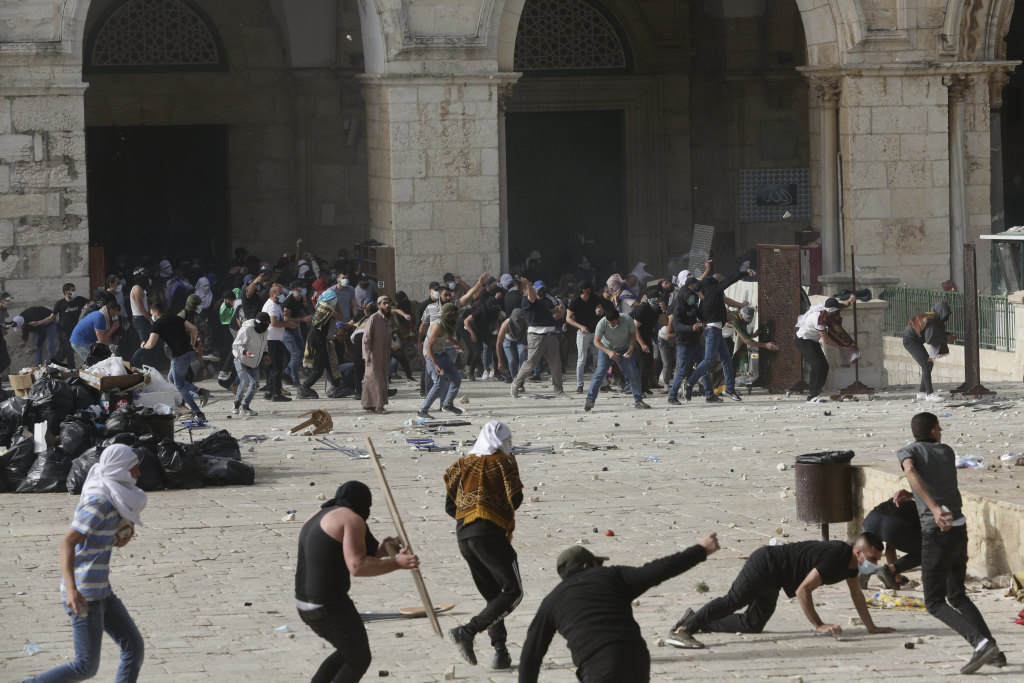 Israeli air strikes kill nine children among others in Gaza

Israel’s military said it carried out strikes against armed groups, rocket launchers and military posts in Gaza after militants there crossed what Israeli Prime Minister Benjamin Netanyahu called a “red line” by firing on the Jerusalem area for the first time since a 2014 war.

The rocket fire and Israeli air strikes continued late into the night, with Palestinians reporting loud explosions close to Gaza City and across the coastal strip on Monday, Israel time (Tuesday AEST). Shortly before midnight, Israel’s military said Palestinian militants had fired around 150 rockets into Israel, of which dozens were intercepted by its missile defence systems.

The attack drastically escalated what already are heightened tensions throughout the region following weeks of confrontations between Israeli police and Palestinian protesters in Jerusalem that have threatened to become a wider conflict.

Shortly after the sirens sounded, explosions could be heard in Jerusalem. One rocket fell on the western outskirts of the city, lightly damaging a home and causing a fire. The Israeli army said there was an initial burst of seven rockets, one was intercepted, and rocket fire was continuing in southern Israel.

Read the article by Ilan Ben Zion and Jeffrey Heller in The Age.