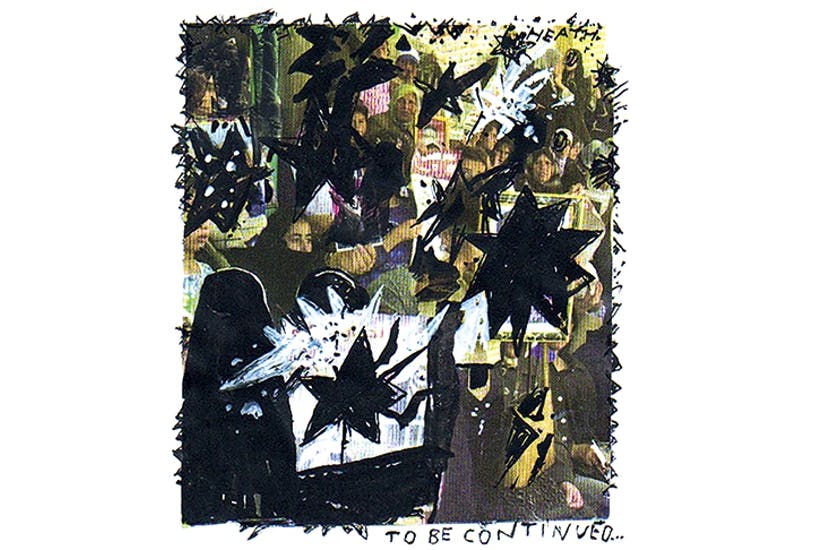 Palestinians in Jerusalem live in a strange limbo

Thomas Friedman has a lot to answer for. The New York Times’s oracle has ruined, through overuse in his columns, the best source of local knowledge for journalists: the cab driver. No other hack can now quote his driver for fear of colleagues’ ridicule. Which is a pity, because the cab drivers in Jerusalem are those rare creatures who not only regularly cross between the three deeply divided cities — Zionist Jerusalem, ultra-Orthodox Jerusalem and Palestinian Jerusalem — but also converse freely with the denizens of all three. I wouldn’t be caught dead, of course, committing the cliché of quoting my driver, which was lucky because the one who drove me to Damascus Gate on Monday promised that by the end of the week, when the holy month of Ramadan is over, ‘the kids will be back in school and people will be back at work and all the violence will calm down’. Six hours later, Hamas fired from Gaza seven rockets towards Jerusalem, followed by salvo after salvo at towns in southern Israel.

The first time I smelled ‘skunk’ — a crowd-control weapon used by the Israeli police — at a demonstration in the West Bank a decade ago, I thought it was a cross between a putrefying cow’s carcass and raw sewage. It is the worst stench you will ever experience and even if you’re lucky enough to avoid the putrid stream launched from a water-cannon, it will impregnate itself inside your nostrils and your mind. Strangely, the ingredients of Israel’s riot-control liquid are just yeast and protein, fermented and mixed together in a secret formula. The smell is so awful that even American police departments, not known for their gentleness, have decided after inspecting the product not to purchase it. This month, as protests broke out in the Palestinian neighbourhoods of East Jerusalem, it was used in extra-judicious quantities around Damascus Gate, in between multiple charges of mounted police. And I discovered that it’s even worse when mixed with horse manure.